The Dynamic Class Freighter is somewhat of a rarity. Designed many years ago by Core Galaxy Systems, each Dynamic was painstakingly built individually. The reason for this method of manufacturing is often left up to speculation as the shipwright has long since passed from existence. However, it is generally accepted that the design of the Dynamic Class Freighter was often changed to reflect both the client's specific needs and the materials on hand at each of the separate, and widely ranged, production sites. All of which were factors that made it impractical to mass produce the starship. It is uncommon for any two Dynamics to be identical, even when originating from the same production site.

Unlike other shipwrights of the time whose method of design for customizable starships began and ended with modular fitouts and mission packages, the Dynamic starships instead incorporated a varied mix of many elements. This enabled the Dynamic Class Freighter to fulfill a myriad of roles immediately after production. Special attention was given to the sublight engines, which are impressive even by more modern standards. In addition, the ship's port and starboard heavy lasers were supplemented with dorsal and ventral turbolaser turrets. The sheer firepower, when combined with its speed and impressive sensor array, allowed it to easily overcome fighters and small freighters. Increased cargo capacity was also a welcome addition to the ship's design and made it suitable for transport duties. In actuality, the Dynamic became very popular among freelance pilots, smugglers and bounty hunters, all of whom appreciated the range of capabilities and sturdy assembly of the starship. An added benefit of being hand built rather than assembled on a line is that the Dynamic Class Freighter could be easily modified. This further increased the worth of the starship and enticed a wider range of clients.

A few of these starships were present in the Galactic Republic's fleet and were often employed as scouts in the Mid and Outer Rims, though some were also spotted in the Core Worlds. The Dynamic Class Freighter is one of the few starships that endures to the present day, long past the quiet disappearance of its manufacturer. For that reason, and the uniqueness of the Dynamic's design and creation, it is a much sought after starship and relic of a bygone era. 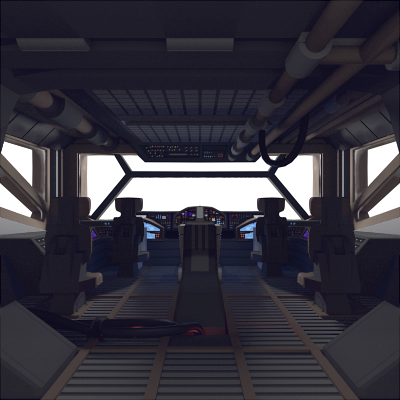