Originally manufactured by the Desler Gizh Outworld Mobility Corporation, the Koro-2 Airspeeder's most notable feature is its exodrive propulsion system. Unlike most speeders, which are propelled by repulsors, the Koro-2 uses it's forward mandibles to irradiate the air between them and then induce an electric current in the resulting ionized atmosphere. Magnets in the speeder's hull then propel the air molecules toward the rear of the craft, dragging the craft forward. A pair of aft stabilizer vanes focus this stream to maintain axial stability, but foreign objects between the mandibles, such as the thick vegetation found in jungles and swamps, can produce so much turbulence that the pilot may be unable to maintain control. Similarly, damp environments can adversely affect the exodrive's ionization field.

Because the exodrive uses radioactive materials to create its effect, the Koro-2 uses solid fuels that can last an average of five years, making it ideal for use on remote worlds where fuel may be scarce. Fuel economy may vary with local modifications to use fuels with different half-lives. Unfortunately, the emitted radiation and characteristic howl from the ionization process tend to make the speeder unwelcome on more densely populated worlds -- though that has not stopped dedicated aficionados gleefully irritating their neighbors.

Although it is small, having only enough room for a pilot and a single passenger, the Koro-2's sealed cabin makes it a quiet, comfortable ride even in dusty or toxic atmospheres. Although electrical conduits and discharges can interfere unpredictably with the exodrive's ionization field, a skilled pilot can use them to achieve a momentary speed boost. This is an extremely dangerous maneuver, and the manufacturer cautions against it for most pilots in normal operating conditions. 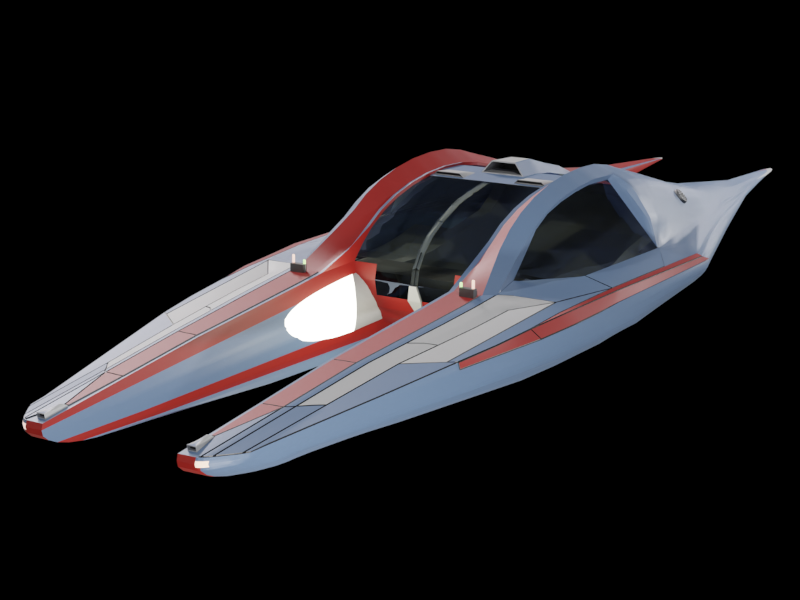