Spice grubs are one of the lowliest, simplest creatures in the galaxy and yet they’re a hotly desired and often smuggled resource. Spice grubs are historically the source of much of the galaxy's spice, producing the substance as a waste byproduct. The possession of a spice grub is comparable to carrying actual spice in most systems. While the grub itself is dangerous, what it becomes after molting is even more alarming.

Native to the planet Kessel, spice grubs are laid in large clusters by energy spiders and live out their lives almost entirely underground. Spice grubs are blind, nearly defenseless creatures that burrow small pathways, dissolving solid rock with highly acidic saliva. The saliva is then processed by the grub, extracting the spice within and producing it as a powdered waste that can be harvested, purified, and sold for outrageous sums. As such, illicit and illegal underground husbandry of spice grubs is prolific, particularly anyplace where crime syndicates are active. While not as potent as glimmerstim, the spice produced by spice grubs is pure and can be reliably produced anywhere in the galaxy.

The handling of spice grubs, however, is an extremely delicate and dangerous task. Spice decays under normal lighting, so spice grubs must be raised in a harsh red light that is harmful to most species' eyes. The grub itself is unlike most life in the universe, being composed of dextro-amino acids, incompatible with other carbon-based life. Touching a grub without protection could cause a mild allergy at best, and at worst, produce a fatal reaction. Should a grub survive several galactic years, it eventually molts and becomes an energy spider, the final stage of its life cycle. In captivity, grubs rarely reach maturity and if they do, they are immediately euthanized.

Despite the dangers and complications present in handling them, spice grubs can be found all over the galaxy, often in underground facilities belonging to criminal enterprises. The occasional grub can be found in the wild in caverns, likely descendants of escaped or accidentally released, illegally imported drug grubs. 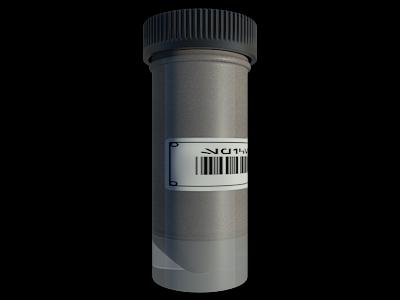