The Ardent-class fast frigate was designed as a government response to the faster and more lightly-armed pirate raiding parties that tend to exist on the outer edge of most sovereign territories. By sacrificing most of its weaponry and cargo space, the designers were able to provide almost-unparalleled speed for its class and perfectly fulfill its intended role of fast response at critical moments, at least in theory. Almost one quarter the size of an Imperial I-class Star Destroyer, the Ardent-class frigate was designed for rapid response missions and escort duties to free up more powerful warships for deployment to fleet engagements. Knowing the tendency of pirate organizations to utilize small groups of lightly-armed ships, corporate designers slashed the technical specifications to only what was needed to match and repel enemy firepower, while a small docking bay gave the frigate enough room for a trio of fighter squadrons, two shuttles, and provisions for several weeks deployment. The reduced weapons complement was intended to still outmatch the Nebulon-B escort frigates utilized by many pirate organizations, while the Ardent's design also included hyperdrive and sublight engines that were remarkably more powerful than its intended opponent. The cost reductions achieved over traditional heavy cruiser designs were considerable, promising the easing of pressure on government production budgets and allowing the redistribution of funds into other projects.

Hoping to end the financial losses from these pirate raids and seeing a lower price tag than originally expected, an eager government administration rushed the Ardent-class directly to production for rapid deployment en masse. When their production companies informed them that only the Outer Rim production facilities were available on such short notice, meetings were convened. It was decided that with the higher class of hyperdrive present in the Ardent-class design, the increased distance would add barely a week onto their projected deployment schedule.

Unfortunately, the sovereign government involved failed to consider that the Outer Rim was also the preferred location of pirate strongholds. Unable to breach the defenses of the shipyard complex alone, a pirate group successfully recruited a group of smugglers to assist them in hijacking all of the frigates at the yard and stealing the master blueprints whilst simultaneously erasing all other copies of the designs. The pirate commanders wanted the Ardent to bolster their forces, granting a speedier deployment time than their aging Nebulon-B frigates permitted and allowing them to wreak havoc all the way into the core regions, where the speedier Ardents could evade the slower security forces. Yet again, commanders failed to consider the impact of their decisions. While the raid was a stunning success, the pirates only acquired a handful of Ardent frigates and had to destroy the schematics in the orbital mainframe after the smugglers betrayed them to hijack most of the frigates, leaving the pirate fleet to contend alone with a quickly reinforced government-hired escort and defense fleet. With the Ardent-class designs destroyed, the pirates returned to raiding government shipments while their opposition returned to the drafting tables for a new solution.

Today, Ardent-class frigates are occasionally spotted around the galaxy and, from time to time, some make their way onto the black market as they are sold by smugglers to fund their businesses. Some have even found their way into sovereign fleet groups, commanders desperate enough to protect certain patrol routes that they falsify their accounts to get the money together. 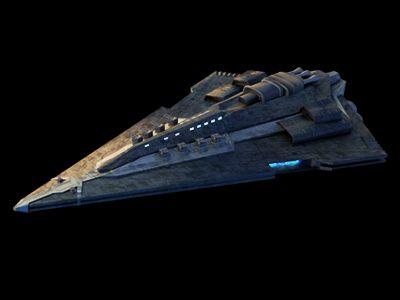