Developed during the clone wars specifically for use by Jedi ambassadors, the Eta-class Shuttle, more commonly called the Jedi Ambassador Shuttle, was engineered to provide reliable transportation and act as an official symbol of peaceful negotiation by the Galactic Republic, the ruling government of the time.

The shuttle's design consists of a forward mounted command pod, a small cabin and three large wings.Designed specifically for purely diplomatic purposes, the Jedi Ambassador Shuttle carried no armaments and was only lightly shielded, which made the bold statement that neither the ship nor its passengers should be perceived as a threat. The shuttle was small enough to be a fighter, but the complete lack of fighting power and the passenger count saw the ship designated a freighter instead. The shuttle's hyper and sublight speeds left little to be desired and the cargo capacity meant passengers could only bring the most essential of items and a very limited amount of supplies. Jedi were often unencumbered by personal goods and so more priority was given to installing other systems like sensors. The mid-range sensor package meant that the crew, often defenseless, could monitor and avoid trouble or use it to gather useful information during official investigations and reports.

Today, the Jedi Ambassador Shuttle still sees use on diplomatic missions, or acting as small passenger shuttles on some worlds. No longer produced, this relic of the Clone Wars has become somewhat of a collector's item. 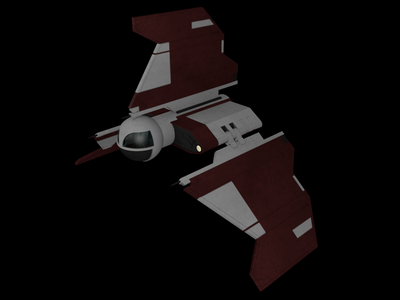