The G0T0 droid, designed by Aratech, first made an appearance in the command and control centers of the galaxy some time ago.

Built to be highly independent and resourceful, the original G0T0 could process huge amounts of data and easily perform multiple roles involving high-level strategic thinking, planning and decision making. However, the droid's highly sophisticated artificial intelligence was susceptible to corruption by the massive amounts of data flowing through it. When compromised, a G0T0 would develop a unique personality and become a dangerous liability for its owner.

As reports began to surface of corrupted G0T0 droids choosing their own agendas, Aratech was quick to recall the model. They attempted to fix the problem and conducted rigorous "stress tests," but found that every unit eventually succumbed under a tremendous volume of data. After several decades of R&D, engineers determined that problems with G0T0 could not be fixed while still preserving droid's core programming and most marketable capabilities.

Aratech destroyed all of the G0T0 droids which they recalled and dismantled the entire division from which it came, discarding all designs. While the droid was largely forgotten by the company and the galaxy, restored units will occasionally resurface in the droid market from unknown sellers. These droids have had their original logic chip reprogrammed, allowing them to function at a somewhat diminished, but sustainable, level of operation. Able to make simple decisions autonomously, the G0T0 is highly effective at handling administrative work, and a boon to the companies and organizations that can afford it. 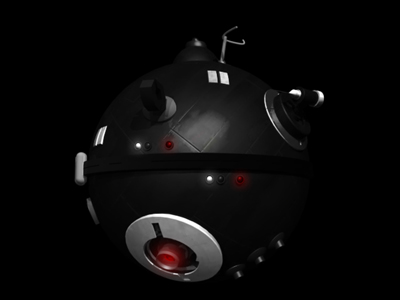