The MSE-6 droid, also known colloquially as a "mouse" droid, is a tiny droid of Chadra-Fan design. Its predecessors saw use from the era of the Galactic Republic to the Clone Wars and its legacy continues today. Interestingly, despite their widespread use, almost no one in the galaxy actually likes them. Most consider them to be highly annoying and compare them to the small vermin pests, hence the nickname. One of the reasons that they appear in such numbers in the galaxy is their cheap and robust nature, combined with being aggressively marketed towards military organizations.

The MSE-6 model is a small boxy droid that moves on a set of four wheels. They feature a sealed storage compartment that can only be unlocked by vocal authorization. Besides this, they feature holo-recording capabilities and an elaborate array of auditory sensors on either side of its chassis. They have a limited capacity to interact with their environment using a set of manipulator arms. The MSE-6 series of droids are often marketed as security droids for their ability to not only store and secure sensitive information but also initiate a meltdown sequence should anyone attempt unauthorized access at its contents. Perhaps most curiously of all, the droid's small modular software matrix is only capable of storing a single programmed function at a time. As such, Mouse droids are often used mostly for basic cleaning, repair, courier, or monitoring functions. For more complicated tasks mouse droids are deployed in groups each with a specific, unique function and work together as a whole.

The MSE-6 droid is a common sight now onboard capital ships, space stations, and military bases across the galaxy. They often go unnoticed in the background, only calling attention to themselves when they zip by with their distinctive squeaking sound, but sometimes dozens of these droids can be found working in sync with each other in maintenance tunnels, walls, pipes, and other hard to reach places, conducting essential repairs or relaying high-security orders and information. 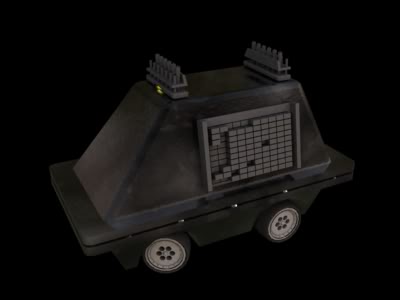