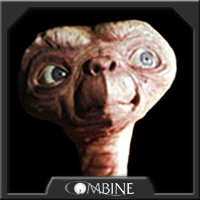 The Children of the Green Planet is a race indigenous to the world of Brodo Asogi. It is said that they love all things of nature and live in harmony with their planet's eco-system. The name Brodo Asogi means "Green Planet."

The Children of the Green Planet are a peculiar race and are somewhat humanoid in appearance. They have two feet which most resemble flat puddles of skin and thick tissue. Their arms are long and gangly and they have extending necks. Their heads are large and squarish, with two large eyes set on either side of a small nose. However, the most unusual aspect of this race is their ability to make their fingers and chest glow. When the chest is glowing it reveals their beating heart within.

The Children of the Green Planet seem to have a natural affinity for research, especially in the field of items. Many gadgets and devices with strange uses have originated from Brodo Asogi. They are also adept healers. It is believed the glowing chest and fingers are connected to their ability to heal others in extraordinary ways.