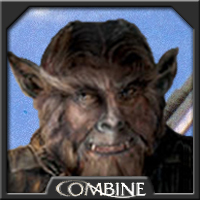 Bothans are humanoid aliens and are covered with fur that ripples in response to their emotional state. They have tapered ears and both males and females sport beards. They average 1.6 meters and live slightly longer than humans. Their native planet of Bothawui is a lush planet with cities and vegetation in peaceful coexistence.

Bothans are masters of deception and spying. Their spy networks rival those of the Empire and the Rebel Alliance. They are also outspoken for their beliefs, and are often in political positions. They are also very loyal, and take pride in their loyalty to various Bothan clans. It is documented in the City Hall of the capital city that there are 608 Bothan clans.