The WA-7 is a rare sight indeed, found occasionally in the smaller tavern on the Outer Rim or a dingy nightclub the depths of Coruscant. Those who have had the pleasure to be served by one, however, frequently remark as to their superior poise and attentiveness and claim that it even surpasses that of sentient waitstaff.

The WA-7 was designed to waitress in the busiest bars in the galaxy by the Cavalier Technology Corp. It performs its primary function exceedingly well, and proved to be one of their best selling models for several years. Unfortunately, a major flaw was noticed in the later models, which Cavalier was slow to address, and the WA-7;s sterling reputation began to tarnish. Cavalier eventually ordered a massive withdrawal of all their WA-7 droids, which led to many thousands of the units being destroyed. However, for various reasons, a relatively small number of the droids escaped that fate and these remain highly prized by collectors, for their rarity, and barkeeps, for their outstanding service. 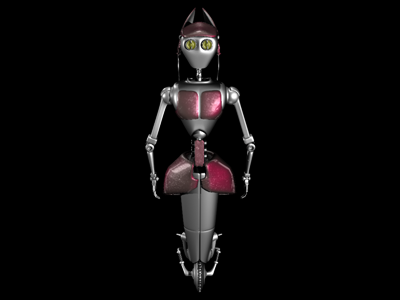