Standing just under two meters high, this heavy-framed metallic soldier is a capable battlefield figure. These units, while equipped by default with medium caliber wrist blasters, can be outfitted with specialized blaster rifles. Using electronic signal emitters located in the hands, the droid can fire these weapons without the use of a physical trigger. Twofold, this reduces the potential of battlefield opportunists from scavenging weapons from damaged droids and also reduces the amount of dexterity required in the hands of the droid. 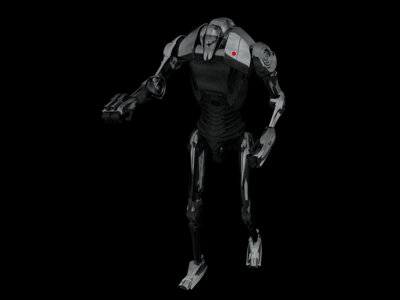