Slashrats are large, rodent-like predators that commonly dwell in desert regions. Growing to at least one meter long, the creatures have dark red eyes, capable of incredible night vision. They also have a strong sense of smell which enables them to use the pheromones that they release to communicate. When a slashrat makes a kill, it releases a pheromone called “killscent”, which allows others to join the feast. If one dies, it releases a pheromone called “stink” that warns other slashrats away from the corpse, and possible danger.

Slashrats are born in litters of between four and two dozen with only half expecting to live past their first year. At two years, the dams will allow them to leave their pack to hunt for themselves or to join another pack. When courting a prospective mate, a slashrat will attempt to share its meal to show attraction to the intended mate. Once mated, if they are not from the same pack, one must join the other's pack, abandoning their own, or the mated pair may begin a new pack.

While commonly seen on desert planets, where prey populations are rather high, slashrats are known to be a nuisance on certain planets, forcing farmers to bottle up the “stink” pheromone to keep the vermin away. Other less scrupulous individuals have utilized the “killscent” pheromone, and have thrown it into enemy territory, causing them to be overrun with vicious rodents. While they are considered vermin, some have taken to having one as a pet, primarily to kill other vermin getting to their crops. It should be noted that pet creatures have their scent glands removed before training, else one would entice wild slashrats to join on any kills. 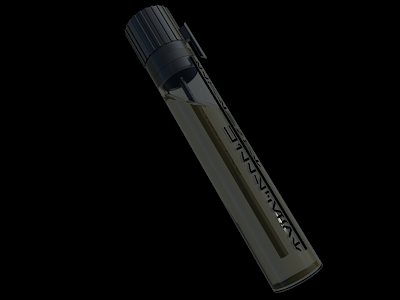