Gundark is a blanket term used to describe a wide range of anthropoid subspecies. The preferred environments of the individual gundark strains range from land-bound to aquatic, their height varying between one metre and as much as two and a half. Although their outward appearance can differ greatly from one subspecies to the other, nearly all varieties possess a tremendous amount of physical strength, a near-sentient level of intellect that enables them to use primitive tools, and a predatory behavioural pattern granted by their carnivorous nature. All of these factors usually serve to place them at the apex of their local food chain, or at least very close to the top.

The best-known species of gundark, referred to as the true gundark, is very easily discernible due to its recognisable anatomy: an adult gundark possesses two pairs of upper limbs, each ending in three razor-sharp claws. Gundarks' lower extremities are much smaller and simpler, usually only carrying a single digit, which forces them to seek additional balancing support through the use of their arms and tails. The most defining features of gundarks are, however, their ears. During adolescence, a gundark's ears experience a massive growth spurt, growing long enough to match the width of its head. In combat, gundarks make full use of their exceptionally strong upper torsos, usually grappling their prey and goring with their leg talons, or simply ending their prey's suffering with a single snap of their massive jaws.

Gundark society works on a tribal basis. The children, although strong enough to fend for themselves, are still unable to battle larger creatures and have to be looked after by the mother. The mother adopts a hunter-gatherer lifestyle, as well as shouldering the responsibility of training the younglings and preparing them for any upcoming threats their adult life may present. In the meantime, the males are tasked with defending the nest and ensuring the safety of the tribal housings. Once a gundark reaches adolescence, it undergoes a rapid change in its physiology. The ears and the second pair of arms grow in size, giving it the distinct appearance of a fully mature member of the tribe. Once the adolescent phase is over, an event that takes place usually after five years since birth, gundarks set out to find a different tribe and prove their worth via fighting the new tribe's members. If successful, the new tribe becomes their permanent family and they are eligible to find a mate within its ranks. This unique strategy inadvertently promotes genetical diversity and is considered by zoologists to be the reason behind the wildly fluctuating outward appearance and behaviour of the gundark subspecies.

The fighting prowess of gundarks has led to their use in multiple fighting arenas across the galaxy. Their ferocity makes them one of the most sought-after creatures in the blood sport business, which led to the development of several gundark poaching groups and cartels seeking a dangerous, albeit large, profit on the black market. Oftentimes, the captured creatures manage to escape their confines and make off into the wilderness where they assert themselves among the local fauna. Given their adaptability, this usually leads to a gundark populace forming and thriving on far-flung planets, lightyears away from their original homeworld. 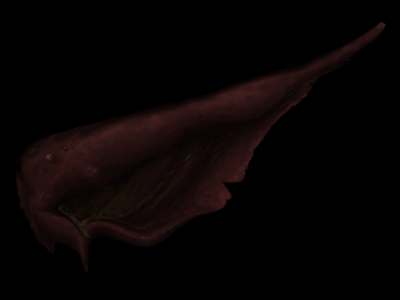