To understand anything, you must understand each of its components; this is the attitude one must have when dealing with a lightsaber. In accordance with such a philosophy, many pursue a better understanding of the focusing crystal - the provider of the lightsaber's thin and powerful beam.

The process of preparing such a crystal for use in a lightsaber is not nearly as simple as many think. Initially, a crystal type must be chosen. One may select a series of naturally growing gems found in various caves throughout the galaxy, or they may elect to fabricate a crystal of their own. Historically, Force-users aligned with the light tend to utilize the first option, preferring the balanced, natural aspect and considering them more attuned to the purpose of the Light Side. To the contrary, the secretive followers of the Dark Side prefer personal fabrications - utilizing furnaces to shape the crystal as they see fit, and preventing the impurities that they believe weaken a lightsaber's design. In tandem with their aggression, the crystals formed by the eventual wielder in this manner tend to strengthen the offensive capabilities of the lightsaber.

Though many crystals formed in a furnace seem to enhance a blade for the benefit of a warrior, naturally formed crystals do much the same; merely in different ways. Kunda stones, often used in medicines, are said to produce a wider blade; Adegan rocks, found in select caves throughout the galaxy, are rumored to deepen the users connection to the force; and Hurrikaine gems focus a blade that seems to cut through defenses far more easily than normal.

The second step of the creation process is to meditate upon the chosen set of crystals, imbuing them with shards of the Force-user's alignment and personality. Many believe the corruption of the crystals during this process is what gives nearly all Sith lightsabers their red-colored blade. While this phase may not necessarily affect the lightsaber's physical functions, it is the cause of a great emotional attachment being formed between the crystal and craftsman. Furthermore, this bond will cause any other users of the lightsaber to feel as if they and the weapon may be slightly out of sync, in a disconcerting way.

In place of an actual crystal, many sentients, Light and Dark alike, have been known to place either memorabilia or items of symbolic significance in one or more of their lightsaber's focusing chambers; causing unique effects to be wrought upon the blade. No matter the material that goes into the crafting of a lightsaber, it must be attuned with ones very being. 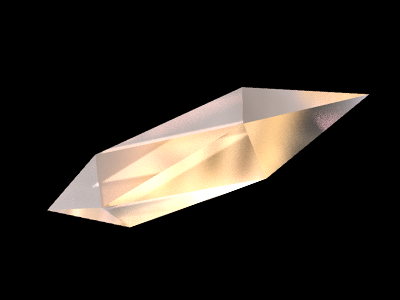