With the flowing lines indicative of Naboo shipbuilders, the J-Type 327 is a significant improvement over the older 322 model. It was created to transport the rulers and high powers of the peaceful world of Naboo between diplomatic meetings. This means that few of these craft have ever been built for the private market and primarily rose to prominence among Naboo nobility just prior to the start of the Clone Wars.

Like its predecessor, the gleaming hull and graceful lines of a J-Type 327 make an aesthetic effect regarded as attractive by a variety of sentient beings and cultures across the galaxy. The ship is a particularly large variant of the Naboo Starships, at 76 metres long. This gives it a significant cargo capacity, and means that the Starship is capable of housing 20 people. It has the Chromium-plated hull typical of ships of its Naboo heritage, which provides a moderate amount of protection in spite of the ship's complete lack of weaponry. It is considered an excellent diplomatic vessel, being very aesthetically striking and benign in appearance. Nonetheless, it has a moderate Nubian 327 hyperdrive core that is accompanied by a T-14 hyperdrive generator, a Headon-5 sublight drive, and a basic sensor array, causing many to regard the 327 as prioritising luxury over practicality.

While relatively slow, it is often seen as an ultimate symbol of wealth, each individual piece being a hand crafted work of art, including the reworked Nubian hyperdrive. Two escape pods are located in the aft cargo section in order to provide a speedy exit should it be needed, though this ship would traditionally be escorted by a guard of Naboo Starfighters. As these fighters are restricted to Naboo forces, most privately owned 327s are typically escorted by other fighters. The J-type 327 is a sporadic sight in the galaxy today, though it can still be seen in some of the more affluent sectors. 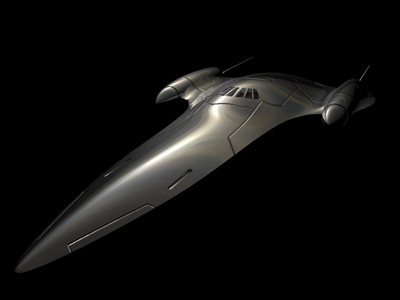