RZ-68 transports are light passenger ships designed with the private security market in mind. They are designed to deploy, or extract, a sizeable squad of soldiers with speed and reasonable agility. They each have a small hangar bay capable of carrying one or two small speeder bikes, or general cargo of similar dimensions. They are very lightly armed, each equipped with only a single heavy laser, necessitating surprise and speed as far as tactics are concerned.Adequate hull plating, however, ensures relative safety as they travel in and out of hot zones.

Although RZ-68 transports are no longer in active production, they remain very popular, with a great number still in service. Many of them serve in their intended roles with private security firms and planetary governments, but a great number currently operate outside of their intended roles with much success. One civilian passenger transportation firm, for example, operates a number of RZ-68 transports, selling no-frills inter-system fares at a very cheap rate, making the company very popular among middle and low income individuals with travel needs. Although not as capable as purpose-built light freighters, RZ-68 transports can at times be seen ferrying laborers, prisoners, or even construction equipment in locations where more conventional frieghters are in short suplpy. 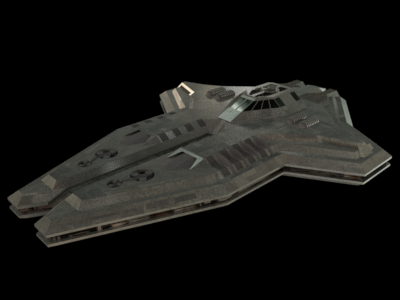