The Starrunner-class starship, a compact, small-profiled freighter, was initially designed to be a fast, armed, and hyperdrive-equipped escort for unarmed transports. Focus groups among the ship's target market, transportation and construction companies, showed low interest for the Starrunner since its relatively light defences meant that starfighter escorts would be more effective in this role. The ship's manufacturer rebranded it, marketing it to speed demons and risk-seeking pilots, and gave it a new name to match the updated branding. Unfortunately, this niche was already well-provided for and the Starrunner's lacklustre sales proved insufficient to payback the substantial R&D costs. Production was subsequently discontinued and the ship faded into obscurity.

The Starrunner-class starship's most distinctive features were its two folding wings with a heavy laser cannon mounted on each wingtip. The ship's two large engines complimented this armament, providing it with enough power to outrun most threats. The Starrunner was agile for a freighter, allowing it to take relatively tight turns rather than the parabolic curves and wide rotations commonly seen during freighter combat. This was necessary due to the relatively light armour and shielding on the freighter, which would otherwise make it vulnerable to enemy combatants.

Despite being off the market for years, the starship was brought back to the galaxy's attention when a large abandoned warehouse of unsold and dilapidated Starrunner-class starships was discovered. The ships were subsequently distributed throughout the galaxy's starports as a cheap transportation vessel, with most initial buyers unaware of the ship's abilities. In recent days, restored Starrunners have gained popularity among up-and-coming pilots due to their relatively high manoeuvrability and armament allowing them to fend off raiders and pirates. Although many groups and organisations have opted for larger and more advanced ships, the Starrunner-class starship has ultimately found a new niche among eccentric pilots. 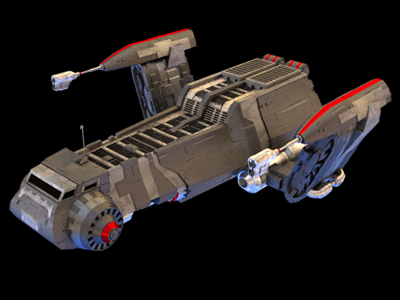 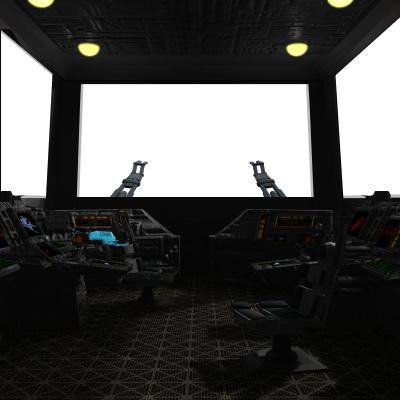