The shuttle is equipped with four heavy lasers which are primarily used for defense. Superior hull strength and shielding allow the Nu-Class Attack Shuttle to survive damage while traveling to the designated landing zone. The wings of the Nu-Class Attack Shuttle are capable of two positions: fully deployed and collapsed. When they are fully deployed they provide additional stability during atmospheric and ground-level flight, whereas when collapsed, the size of the ship is condensed which allows it to fit more easily into tighter landing areas on the ground and aboard larger starships. The interior of the ship can accommodate a maximum of thirty individuals, including the crew. The boarding ramp has been placed at the front of the shuttle and is covered within the firing arc of the forward facing laser cannons; this provides additional protection for those entering and exiting the shuttle, a design feature that has saved many soldiers' lives.

Though other ships from the same period could carry vehicles, along with troopers, they relied on heavier shielding and weaponry to blast their way past lines of enemy ships. The Nu-Class Attack Shuttle's speed and maneuverability, meanwhile, gave it the ability to evade most pursuers with its soldier complement intact. Although it is no longer in production, the Nu-Class Attack Shuttle still sees frequent use as a transport and planetary shuttle, continuing to rival more modern ships in its ability to carry out these and other tasks. 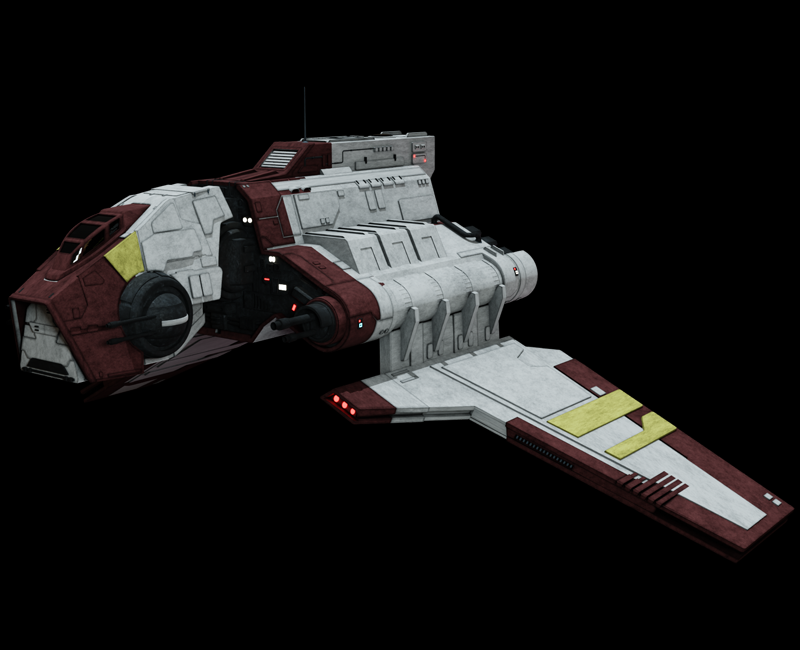