Tauntauns are a hardy reptomammalian species native to the vast glacier fields of Hoth. Despite the unforgiving environment of their homeworld, they have managed to thrive and stand as one of the most populous species there.

Well equipped to face the sub-zero temperatures of their home, they have a mixture of scales and fur covering their hides, beneath of which lies a dense layer fat that helps better insulate their tightly packed organs, and thick blood. Tauntauns have two sets of nostrils, each with a purpose of their own; the larger, top nostrils are used in moments physical activity and pull in oxygen directly to their blood stream; when in inclement weather or sleeping, the larger set will close off to keep out the snow and the smaller and lower set of nostrils will go to work. While they are inactive, or grazing, Tauntauns have been known to alternate between their two sets of nostrils, each pair warming air on their own. These well evolved traits allow them to efficiently maintain their body heat at even the lowest temperatures for hours.

Tauntauns feed on the scarce lichen and algae of Hoth, finding food and refuge in small caverns. Though their diet and eating habits are unremarkable, what happens to the food afterward is quite curious, because they do not void their bowels like most species. Instead, Tauntauns excrete their waste through glands among their scales, which gives them their foul odor. While sleeping, they cease to purge themselves, to avoid attracting predators with the strong odor.

Tauntauns travel in large herds of twenty to thirty at a time. This species has a high female to male ratio, because of this the females must fight for mate and dominance. Their violent mating rituals involve the clashing and locking of horns between both males and females. Perhaps even more deadly than their highly effective horns, is their spit. Though the spit itself is relatively harmless, Tauntauns' spitting is nothing to scoff at; their accuracy with their liquid ammunition is astounding, and most will aim for the eyes of their enemy. Once it hits its target, the spit will flash freeze in Hoth's unforgiving cold, the effects can be devastating or fatal. Like their very distant mammalian cousins, Tauntauns give birth to live young who are immediately able to walk and feed on their own. In cases of scarce food Tauntaun mothers are able to regurgitate a milk-like substance from their crops, a muscular pouch near their throats; it is this same substance that makes up their infamous, sticky spit.

Along with their great circulatory and digestive adaptions, they also sport strong bodies. Tauntauns are great runners, their muscular hind legs have large, tridactyl claws and a long tail to balance their otherwise awkward bipedal build. On average Tauntauns are able to reach speeds of 50kph, but some specimens have been recorded at amazing speeds approaching 90kph. Their quick speeds in harsh terrain has made them a desirable mount option for the daring denizens of Hoth, and distant planets alike. However, Tauntauns are difficult to train in groups, because of their foul tempers that stem from a constant need to compete among themselves. Skilled trainers have found that segregating the Tauntauns into single gender groups eliminates the majority of difficulties when trying to teach them. Once there is nothing to compete for Tauntauns can be intelligent and malleable companions or mounts. 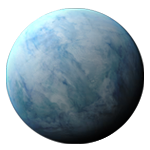 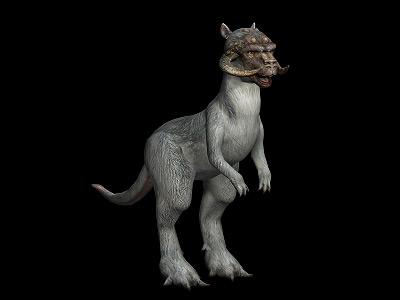 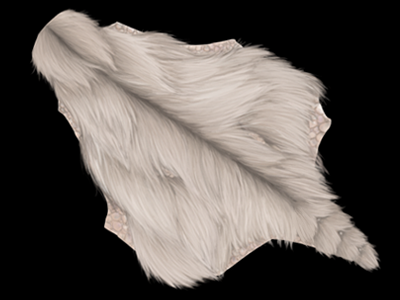