The nerf is a hardy, four-legged ruminant raised on many worlds. Native to Alderaan, this easily domesticated herd animal has been taken to other worlds to be raised for their heavily desired meat. One of the biggest misconceptions in the galaxy about the nerf is the reference to their four horns as antlers. Xenobiologists confirm the growths to be horns, as they contain keratin, while antlers are made from bone. The nerf is also renowned throughout the galaxy for their pervasive and repugnant odor.

This malodorous trait is often synonymous with their caretakers, the nerf-herder. The need for nerf-herders to protect the herd is mostly required during the daytime, as nerfs possess strong night-vision to protect against nocturnal predators. On Alderaan and Kashyyk, nerfs often fall prey to manka cats during the daylight hours, one reason the herds require a sentient guardian.

Domesticated nerfs are commonly found on ranches as part of commercial breeding programs in order to harvest their valuable meat, hide and fur. The largest known populations reside on Alderaan and Kashyyk, while the most profitable meat supplier, Fennesa Nerf Herding Council, had an impressive breeding program that produced a sub-species called the "mountain nerf."

Several other subspecies exist in conjunction with the common nerf of Alderaan, Kashyyk and the mountain nerf of Fennesa. Such as the wooly-nerf and the wild species of Grizmallt. The latter of which was extensively studied due to their unusual resemblance to the eopie of Tatooine. All five sub-species of nerf behave in similar, docile ways. Males, however, are separated from the females and young for grazing due to their aggressive, territorial nature. They are often much larger in size, as are their four pronounced horns, and will usually remain at the ranch to be sustained on processed feed.

Nerfs are often seen chewing their cud, as a direct result of their multiple stomachs. Due to the diet of grasses, the digestive system of the creature requires multiple steps. The additional stomachs allow for different pieces of the cellulose-rich plant matter be absorbed and broken down. Cud is the result of the third step in which partially digested fiber is regurgitated in order to be ground down by their flat teeth. This causes their spit to be dark black and acidic in nature, while the saliva of several sub-species can cause burns to human skin if not removed quickly.

As one of the most popular meats in the core and mid-rim worlds, only relinquishing market to bantha meat on the worlds of the Outer Rim, nerf is served thousands of different ways. It is offered as many different cuts, the most common being the nerf steak, which is typically served braised. Their popularity goes beyond just food however, with the hide and fur of these creatures being used to produce furniture, clothing and other luxury goods across the galaxy. 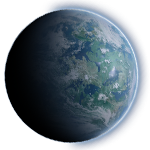 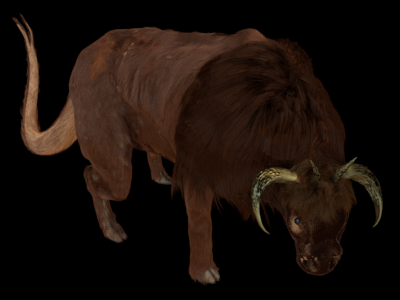 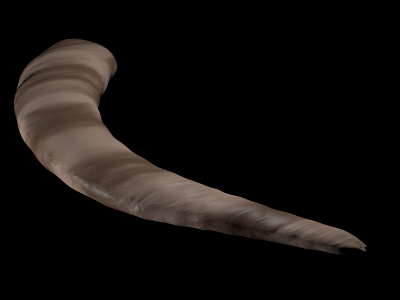