The PK, or officially PK-series worker droid, was originally designed to serve as a common utility droid that could accomplish a wide-array of menial tasks ranging from basic janitorial work to simple repairs. The droid soon became popular for its durability, versatility, and low price compared to its competitors. From high-end office complexes to obscure, backwater starports, the PK quickly became a common sight throughout the galaxy. Other manufacturing companies have reportedly modified the PK model for completely different purposes, creating droids designed specifically for espionage or medical uses.

The PK is most recognizable by the large bulbous photoreceptor that serves as its head, as well as its compact humanoid form and minimalistic design. Plain but durable durasteel plates serve as the outer covering for core electronic components, but non-essential parts such as the pistons that drive the PK’s locomotion are left exposed and uncovered. The easily accessible design of the PK allows parts to be interchanged with replacements or upgrades, rather than having to disassemble the entire droid or buy a new one altogether. In addition, the open design of the PK allowed for customers to retrofit the droid with different components and parts, making the droid very modifiable. Programming for the PK was kept equally simple, with the droid being able to understand and complete basic commands and tasks but failing to process more complicated orders. Broken-down droids were able to retain more-or-less full function, speaking to the droid's durability and longevity due to its rudimentary design.

The designs of the PK were lost and, subsequently, production of the droid ceased. Despite the humble origins of the PK and its unsophisticated design, the droid slowly became a rare collectors' item instead of a commonplace labor droid. Many PK droids, in the hands of collectors, have gone through extensive aesthetic modification, changing their humble appearances from boring labor droids to luxury automatons that have a hint of nostalgia from the droid's lowly origins. Being worth hundreds of times its original value, the PK remains a widely demanded droid in the galaxy, albeit for an entirely different purpose than it was originally intended to serve. 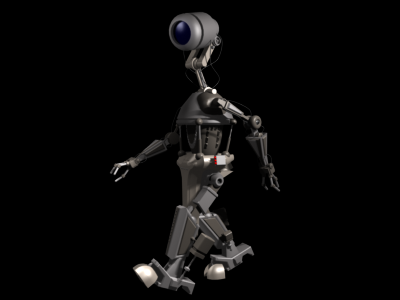