The ASP-707 is representative of any number of humanoid labour droids in service throughout the galaxy. Made of the most economical materials possible, with enough intelligence and perceptive capability to do their menial jobs and little else, labour droids are purely a way of reducing the need for living sentients to perform laborious physical tasks.

This particular model of droid is shaped like a blocky version of a generic humanoid, in that it has two arms and two legs, and a head unit. Made of unpolished steel, and with exposed joints and hydraulics, the ASP-707 has heavy-duty graspers to enable it to carry moderately heavy crates without the risk of damaging finer manipulator digits. The droid is easily able to carry weights up to 200 kilograms as long as they are balanced well beforehand. The soles of the droid's feet are fitted with padded treads that allow for good grip on a variety of surface types. The droid's head is equipped with a single photoreceptor and audio receptor, as well as a simple droid brain capable of performing its expected tasks effectively, but with little room for developing the personalities that higher-functioning droids can over time.

An interesting feature of the ASP-707 is the round hole in the middle of its torso. Originally intended as a weight-saving measure, it has been discovered that heavy loads can be carried by a pair of droids if a large pole is placed through the middle of a pair of droids and the weight suspended from the pole. In this way, a pair of ASP-707s can manage weights up to 750 kilograms. 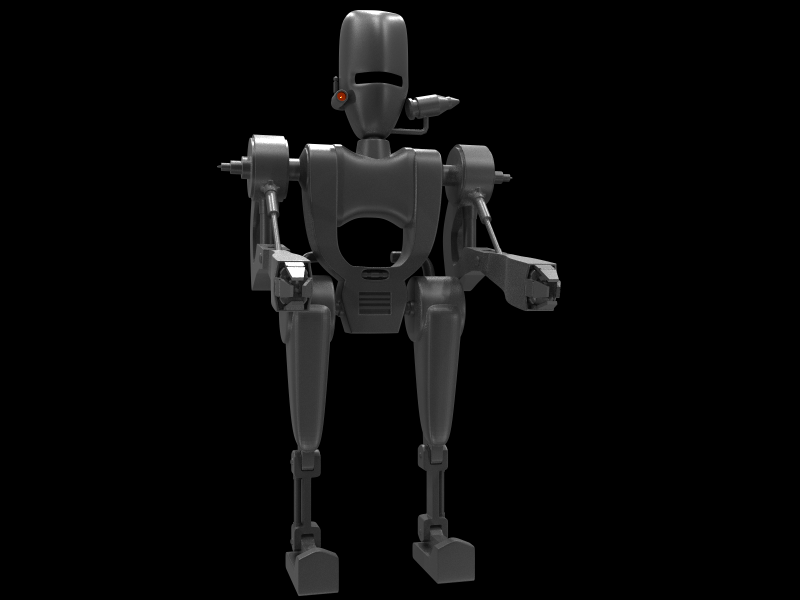