The rancor is a semi-sentient, rapto-mammalian species of carnivorous predator. It is widely known throughout the galaxy but rarely found off its native planet, Dathomir. Ranging from eight to ten meters in height while standing, the rancor often walks stooped or on all fours. Comparatively short, stout legs support the massive weight of the creature, and long arms provide an extended reach that is useful when hunting prey. Its body is covered with tough hide that is armored along the head, shoulders, and back, with thick, bony plates protecting vulnerable areas. Having fairly poor eyesight, the rancor hunts using an advanced sense of smell that is chracterized by the nostrils, which join a massive mouth full of sharp, ripping teeth on its broad, flat face.

Rancors descend from matriarchal herd families and are far more intelligent than their appearance suggests, capable of basic reasoning, communication, and the passing of oral histories. There are also unsubstantiated reports of herds developing the use of primitive tools. In a few extraordinary cases, such as the Dathomir and Felucian jungle rancor, entire herds have been tamed by force-sensitive communities for use as mounts of hunting and war. Sadly, the base intellect of the rancor is rarely recognized and they are not protected under galactic laws governing the slavery of sentient species. Rancors have been exploited for their hides to make armor and clothing, as exotic pets to the affluent, for black-market entertainment, various applications in criminal enterprises, and also as a food source (the raw liver or an unhatched rancor egg is prized as a rare delicacy).

Because of the their size and fearsome nature, rancor individuals and breeding pairs have been smuggled from Dathomir for generations, despite local government restrictions. Rancors are capable of adapting to fit within nearly any food chain and have been known to completely displace predominate hunters in foreign ecosystems where they have been introduced. Flourishing in environments where they are supported by an abundant food supply, transplanted specimens eventually evolve into genetic variants that have been documented as official sub-species. The mushroom eating Bull Rancor of Felucia is a prime example of this environmental genesis and other recorded sub-species include grassland and desert rancors, a number of forest strains, and even a uniquely divergent aquatic species.

Without the support of their primitive cultural origins, most isolated transplant populations of rancors devolve into beasts of base instinct over time. These strains are also noticeably smaller and weaker than the Dathomir rancor, though it is unclear whether the disparity is a product of the new environments, or if the lower gravity and vibrancy of life on Dathomir promotes the larger growth.

Mutant specimens that exhibit the characteristics of divergent species while maintaining the size and strength of the Dathomir rancor have been manufactured through direct gene manipulation, but the results of these experiments are typically sterile and are rarely documented. 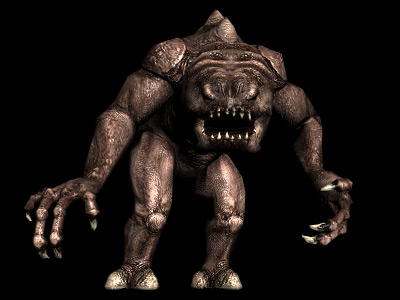 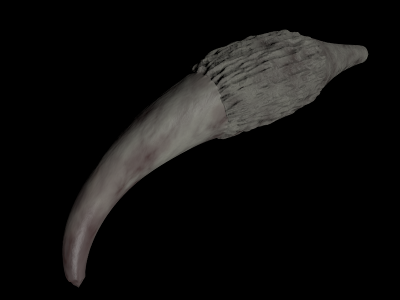