The Empress-class is a direct competitor to the standard industrial workhorses, the Brayl-class and BFF-1 bulk freighters. However, the Empress-class carries less cargo, incorporates weaker engines, and lacks the tracker beam of its competitors. Additionally, persistent rumors involving mechanical failures, such as cracks in the hull, led to the destruction of many Empress-class super freighters. While it was also equipped with enough escape pods for the entire crew, the location of the pods proved too far away for many crews to safely reach before their ship was destroyed. To counter this, freighter captains moved their escape pods into the ship's forward portion of the cargo hold to facilitate quicker escape should their freighter suffer any catastrophic damage. Due to these widespread issues, and the Empress-class's weak shields and lack of weaponry, most captains avoided any risky or dangerous locations when hauling their cargo. 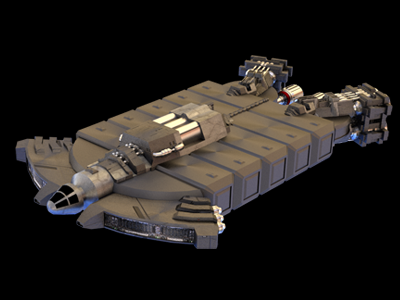