In the days before the Clone Wars, the Hardcell Class Transport was the cargo king of the space lanes and it could carry enough materials to build up a large city. However, loading and unloading the massive cargo bay could be cumbersome at times due to poor design.

The Hardcell fell out of favor as newer transports began to include vehicle berths, allowing cargo to be driven on off. Facing faster, more efficient loading methods and lower crew requirements, the Hardcell saw less and less usage over the decades and is now a rare sight on most planets. Even though the Hardcell is better shielded, faster and can carry more cargo than most modern transports, its rarity prevents all but the richest of sentients to purchase and use it. 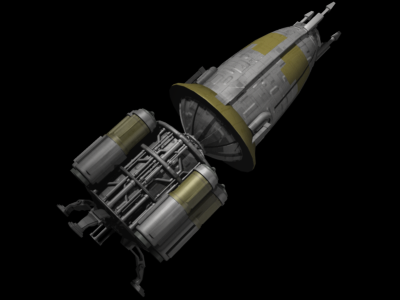