The unique disc shape of the Flarestar-class Attack Shuttle makes it one of the most recognizable gunships in the galaxy. Its distinctive appearance was originally intended to lend it an elegant feel, and early drafts of the design hint that it might have been originally intended to serve as a detachable shuttle or orbital craft for a capital ship called the 'Penumbra.' These plans were drawn up by the shipwrights of an obscure custom shop called Surronian Engineering. Due to some unfortunate investments, Surronian went out of business and its prototypes were picked up by Haor Chall Engineering. Charmed by its striking appearance, the design was improved upon and put into limited production as an independent vessel called the Flarestar.

Haor Chall improved the sensor banks by installing their own array and they also enhanced fire control by replacing the static design of the ventral lasers with ball mounts. Dual thrusters provide the Flarestar with decent speed and excellent maneuverability while the belly-position of the drive column keeps the ship's overall dimensions manageable. Twin cockpits with elegant bubble canopies both feature redundant flight controls although a lone pilot can easily handle the ship without any assistance. The artistic saucer shape resulted in a hull that could resist physical and ionic abuse remarkably well, even though the shield generators Haor Chall installed were somewhat subpar. The outbreak of the Clone Wars brought Flarestar production to a halt, as Haor Chall facilities were retooled to produce Separatist craft. 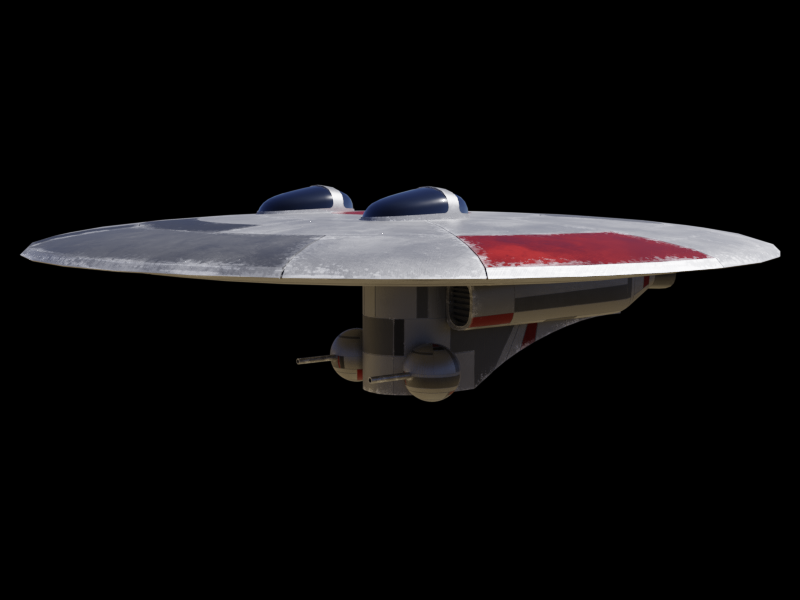