Originally developed by the New Republic, the Corona-class frigate was a ship built out of the necessity for the Republic to safeguard its assets. It was modelled from the highly successful Nebulon-B design, which had a forward section connected to the engines and hyperdrive by a thin spar. The forward section of the Corona has also been built extending down from the main body of the frigate, while the spar has been thickened from the original Nebulon-B design to provide extra protection.

The Corona, originally designed as a military defence starship, can fulfill a wide variety of purposes due to its notable range of proficiencies. It boasts an impressive hyperdrive and ample sublight speed, meaning it is an excellent craft for escaping from pirate invaders if its extensive weapon systems do not prove formidable enough. Although the craft was built to act in a support role and to be anchored for most of its life at a main home base, it can store a significant amount of supplies in its more than adequate cargo hold. This makes it suitable to take on journeys lasting months on end.

The Corona-class frigate has gained a lot of popularity since its inception, primarily due to its ability to satisfy a wide variety of roles. It can perform as a single patrol vessel, or as support ship for larger fleet formations in major battles. Its adaptability and low cost makes the Corona a very common sight in any taskforce. 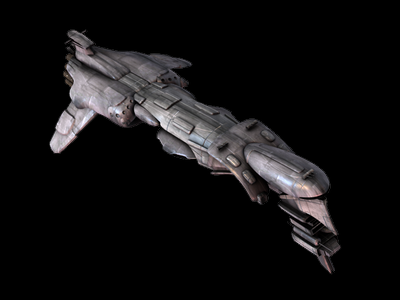