The Belarus Medium Carrier was put into production shortly after its cruiser counterpart. After several battles where vital support, namely small, quick fighters and bombers able to wreak havoc on the enemy, was deemed a necessity, fleet commanders went back to engineers to see what could be done to modify the ship. Engineers responded to the query with the Belarus Medium Carrier as the answer.

Designed with reduced armour, shielding and armaments in lieu of its large docking bay that can hold multiple squadrons, the Belarus Medium Carrier is much better able to engage in smaller ship-to-ship battles, where fighter squadrons are needed. While it lacks the holds for large-scale transport of squadrons needed for extended battles and the armour and weapons needed to be on the front lines itself, it is certainly an adequate support ship. Engineers even managed to boost the sublight engines a bit to allow the carrier to enter the battlefront to drop off fighters and then move toward the back more quickly to avoid damage.

The ability to land on planets has also led to the ship being used for primary invasion forces in some cases. Despite its versatility, the Belarus Medium Carrier is rarely seen in the galaxy, whether in battle or simply on patrol. It is unknown exactly how many of these ships are still in service, but conservative estimates puts the numbers at no more than a few dozen. 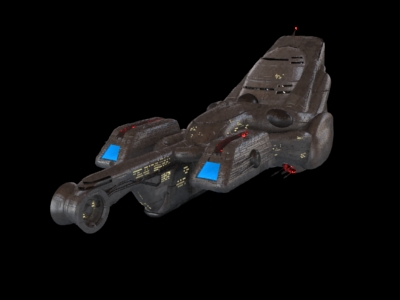