The Cloakshape fighter, developed by Kuat Systems Engineering, is a fighter of antiquated design. Despite outdated aspects compared to modern fighters, it continues to see active service with corporations, local governments, mercenaries, and pirates.

The base model, factory-spec Cloakshape is equipped with two heavy lasers for dogfights, and two concussion missile launchers for larger targets and atmospheric engagements. As a short-range fighter, it lacks hyperdrive capability and relies upon ground installations or carriers for deployment. While not as swift a fighter as some newer craft, the Cloakshape has a great deal of maneuverability that competes with and exceeds many modern fighter craft. Although the factory-spec model lacks deflector shields, a reinforced hull makes it a durable and reliable fighter.

A large reason why the Cloakshape is still used today is its adaptability. Many after-market upgrades are still available, including enhanced sensor packages, stronger engines, deflector shield generators, and alloy hull replacements for further reinforcement. It is often said in smugglers' dens that it's impossible to find an "original" Cloakshape, as so many have been heavily modified. While the Cloakshape may be less advanced compared to modern fighters, its adaptability and reliability still makes it a viable and cost-effective alternative. 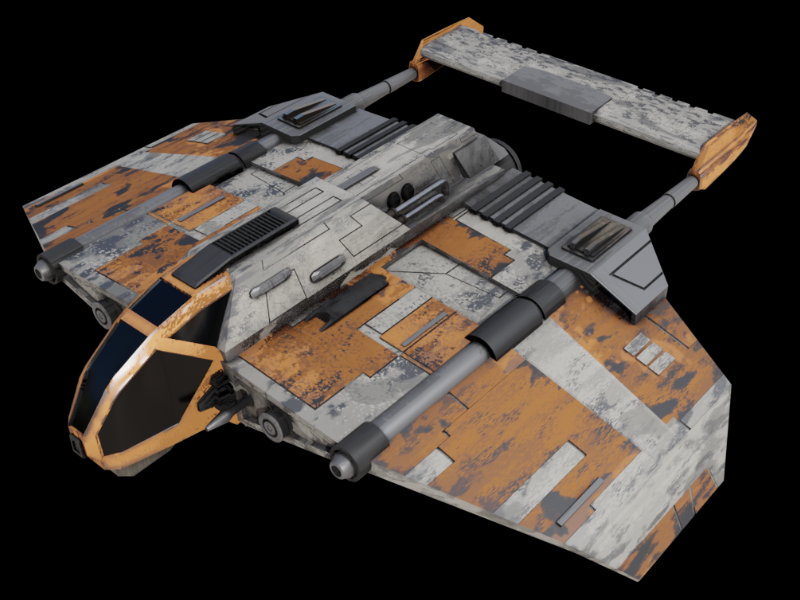