The R-41 Starchaser is a multi-role starfighter due chiefly to its varied weapons load consisting of heavy lasers, concussion missile launchers, and ion cannons. These weapons make it solely an anti-fighter and freighter unit that is outclassed against even small capital ships. The ion cannons make it especially valuable to fleets that would rather capture enemy ships than destroy them. Although lacking a hyperdrive, this fighter more than makes up for it with its incredible maneuverability and cheap production costs. As a multi-role starfighter, it is not particularly good at any single task but can serve relatively well in each duty. It has a fairly low sublight speed compared with most other in-system defenders but makes up for this with its armament. Most fleets that use these assign to them the task of immobilizing the ships of enemies they wish to capture. 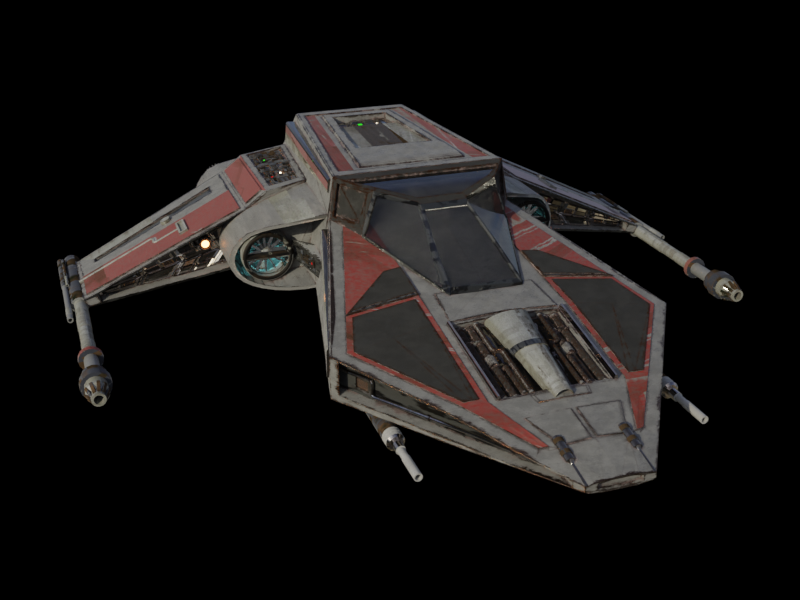