There was a time when Einstar was a household name among the galaxy's elite. For five generations, the Einstar family operated a small shipyard near Champala that catered to professional racers, adrenaline junkies, and young aristocrats eager to impress. Over its two-hundred-year history, Einstar engineers sought to design the perfect racing ship, the fastest ship in the galaxy. After the first round of APOSTRO-9 testing, many believed they had succeeded.

The APOSTRO-9's engines took years to design and stabilise, but those efforts paid off after the company produced a ship with sublight speeds that could outpace RZ-1 A-wing Interceptors with only a minor drop in handling. Because the model was intended for in-system races, the APOSTRO-9's standard hyperdrive left many disappointed due to its subpar speed. Similarly, it racing design led to Einstar engineers forgoing any weapons systems that would increase the ship's weight.

Even though the APOSTRO-9 had the fastest sublight speed among contemporary production models, the decision to neglect the hyperdrive proved to be a fatal one. The popularity of multi-system races, such as the Krieg's Run, preferred larger ships with superior hyperspace speeds. Einstar continued to devote most of the funding to improving the sublight speeds, even as models such as the YT-510 came to dominate the racing circuits. This resulted in a financial crisis for Einstar as its sales dwindled and profits continuously eroded, resulting in the company filing for bankruptcy. The last nail in the coffin was the complete loss of the company's ship schematics during the bankruptcy hearings, forcing the company into liquidation. While the APOSTRO-9 is no longer produced, it is still sought after in secondary markets by collectors and participants in niche sublight and planetary races. 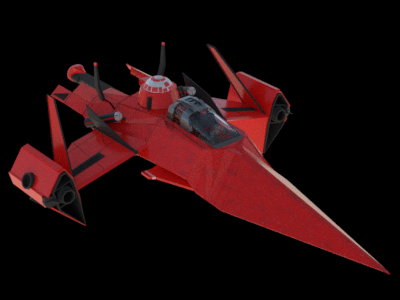