The frame charge, or breaching charge, has existed for centuries, originally intended for use by military forces seeking to breach fortified bunker doors. Within decades of its development, the frame charge was adopted by law enforcement agencies throughout the galaxy to provide a shock factor when entering doors during dangerous situations. Numerous variations of the frame charge exist, from the standard breaching charge to destroy the wall or door it's attached, to models that also deploy extremely bright and loud flashes inside of the building to disorient and stun the room's occupants.

The standard frame charge design is comprised of four parts: a communications relay, an explosive charge, duratape, and a small computer with an attached interface. The communications relay allows for remote detonation of the explosive charge, while the duratape ensures that the explosive remains in place until the moment of detonation. The weak computer can be programmed to change the explosive power of the charge, depending on what the target facility is constructed of or how thick the wall is. On some of the advanced models, it can also modify the function of the charge to deploy a flashbang or EMP pulse inside of the room, post-explosion. On top of this, the computer interface allows for a timer to be set if remote detonation cannot be utilized.

Since the frame charge was created, it has expanded into numerous industrial uses. Mining companies use the charge to open or close new mine shafts, while demolition crews utilize the frame charge to target weak points in a facility for controlled demolitions. Bounty hunters and mercenary organizations have even deployed modified frame charges that lack the potentially-lethal explosion, utilizing stun technology to capture their targets alive. 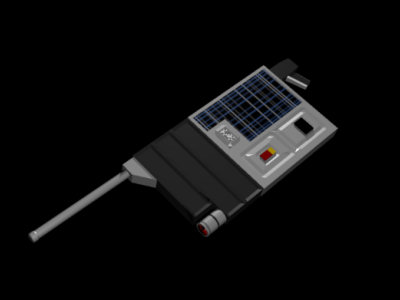