Like most Mon Calamari-inspired ships, the MC-30b corvette is designed with an organic, aquatic look. From above, the corvette resembles the profile of a streamlined fish, complete with a tail. In keeping with most Mon-Cal ships, the elongated blisters along the upper hull house the main weapons and sensors. In the case of the MC-30b, this armament consists solely of five pairs of medium turbolasers situated in the port and starboard weapon blisters. As the corvette was conceived as a light commerce raider, the ship’s armament is designed to quickly destroy enemy merchantmen, a task for which the turbolasers are admirably suited. Unfortunately, the corvette lacks any form of anti-starfighter weaponry, rendering the ship vulnerable to attacks by torpedo-armed bombers.

The corvette’s engines are mostly concentrated in the fishtail-shaped aft portion of the fuselage, connected to the main hull by a narrow wasp-waist. These are augmented by a pair of auxiliary engines mounted on either side of the main hull. While the corvette’s streamlined shape lends itself to the illusion of speed, the sublight engine performance is sub-par compared to many other corvettes, although it is still sufficient to outrun most larger warships.

Since the fall of the New Republic, these ships have found their way into the hands of a diverse group of corporations, as well as individuals of all stripes. A useful, if somewhat limited addition to any small fleet, the MC30b’s utility is enhanced by its repulsorlift engines, which allow the ship to land on a planet, as well as the presence of a small midship docking bay that can accommodate a squadron of medium starfighters. Smart ship captains will use the fighters as a shield to parry attacking fighters while the corvette’s turbolasers do their work. 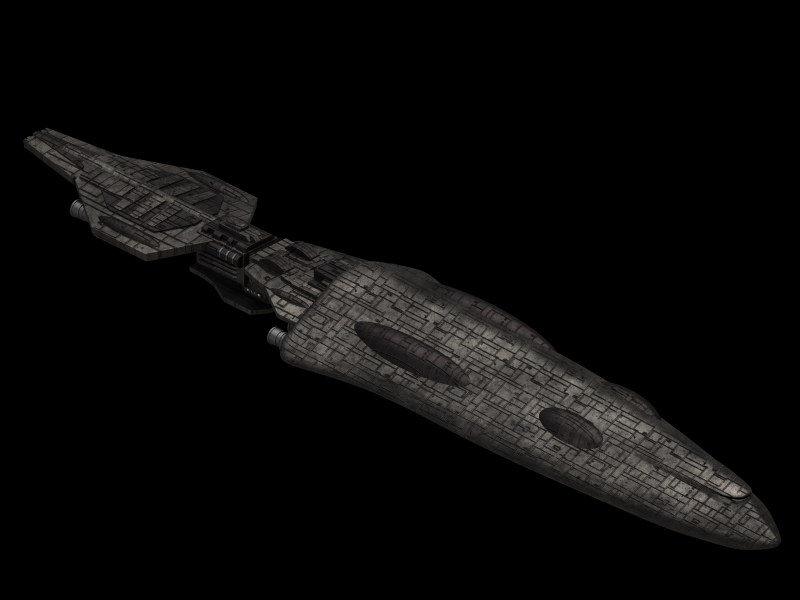