It is thought that the Streaked Velker is a smaller cousin of the velker species found soaring the skies of gas giants such as Bespin. They are semi-intelligent creatures with a wingspan of around twenty five meters, or approximately the size of a Corellian light transport.

Streaked Velkers have purple-blue ventral coloration on their dorsal side, with a lighter blue on the ventral side. The creatures are named for striations in their markings, which are thought to provide some rudimentary camouflage.

The Velker's lightning blue beak is used to puncture the exterior of its prey, but the creature does not distinguish between organic and inorganic matter. It will, and has on many occasions, attack speeders, star fighters, small transports and even larger ships. However, a mature Velker has a prominent electrical signature, and a vehicle's sensors array could easily see it coming, even if manned by a novice operator.

Once a Streaked Velker has punctured its target's skin, or hull, with its mighty beak, it then strikes terror into them with its ten mouths and seek to eat anything consumable as quickly as possible. The maws are equally spaced along the ventral spine of the creature. Six gnarled claws aid in ripping apart the prey, which is often stunned by the electrical field surrounding the creature to make it easy for the creature to feed its voracious mouths.

Fortunately, unlike their larger cousins, Streaked Velkers prefer a solitary existence. They are only found in groups during mating season, or when a territorial dispute causes them to fight one another over territory. Indeed, if they had the pack mentality of their larger cousins, then they would pose a significant danger to even starships as large as modern day frigates and possibly even cruisers.

The Streaked Velker also differs from its larger cousin in another area: they instil fear and loathing in creatures that view them. Scientists have tried to discover the mechanism which triggers these responses, but to date, no scientific explanation exists. Force users, however, have said that the species was touched by the dark side of the Force during its evolution. Their belief also explains the agility and mobility which huge creatures exhibit that seems to defy their size. 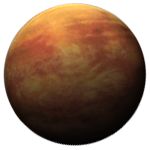 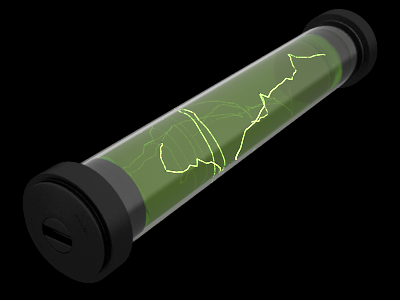