The krayt dragon is a large, carnivorous reptile indigenous to the planet Tatooine. Boasting large horns on the side of its head, the size of which distinguishes between female and male krayt dragons, the krayt dragon is not a creature to be trifled with. There are at least two distinct species of krayt dragons known to exist: the more common 'canyon krayt', which lives in rocky caves and desert ranges; and the massive 'greater krayt dragon', the canyon krayt's elusive relative.

Both species of krayt dragons are formidable in size and secrete venom in their mouths and dorsal spikes. Once injured, the unfortunate victim that does manage to escape a krayt dragon might still succumb to the krayt's poison if left untreated. As if that weren't enough, the greater krayt is also rumored to have the ability to move through the desert sands like it was swimming through water. If true, this would allow the greater krayt dragon to surprise any prey that dares venture into its territory and swallow it whole in one fell swoop. In spite of their imposing size and ferocity, krayt dragons do have exploitable weaknesses. For example, they have difficulty discerning two-dimensional images, and often attack shadows rather than their intended prey. In addition, they have a very weak sinus cavity, and a well-aimed shot could in fact travel through the cavity and pierce the dragon's brain, killing it instantly.

While krayt dragons are a fascinating part of the cultures of Tatooine's indigenous populations, they are also biologically intriguing. Their primitive digestive system actually results in the creation of a pearl, a highly valuable item sought after by jewelers and Jedi alike. The process of creating the pearl begins when a krayt dragon ingests stones and rocks as it swallows its prey. Once the stone is ingested it helps grind the food which facilitates the krayt's digestive process. The result is a very polished stone, more commonly known as a krayt pearl. 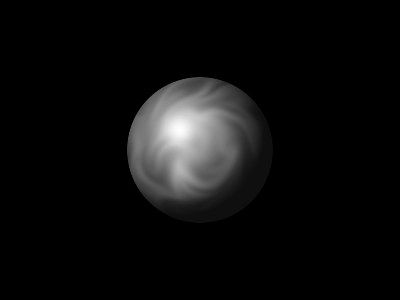