The robe is a loose fitting accoutrement, although it is also worn as a main garment by some races and societies. Most robes are designed to protect the modesty of the wearer, while also providing some comfort and basic protection from the user's environment. Nevertheless, the robe has also found a place in the traditions connected with the ceremonial rituals and formal occasions of many cultures.

In response to increased demand in the public sphere, many markets throughout the galaxy now sell these garments in every cut, colour, and design imaginable. They can range from basic, cost-cutting designs to being symbols of luxuriant opulence. The robe is often worn in combination with other garments, either for aesthetic or pragmatic reasons.

Due to the popularity and versatility of these garment, as well as strong pre-existing cultural traditions, some sentient groups, such as the Jawas and Tusken Raiders, have taken the robe as their exclusive attire. Not only to protect their bodies from their hot environments, but also because their robes have become culturally significant. The wide appeal of this garment has reached a point where any sentient wearing such a robe can blend in easily at busy spaceports, rendering then indistinguishable from the masses. 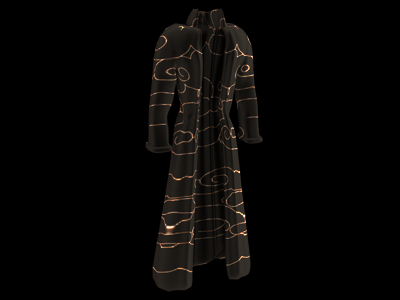