The Kandosii-type Dreadnaught was the standard heavy capital warship used by the Neo-Crusaders during the Mandalorian War against the Galactic Republic. Based on technology assimilated from the now-extinct Fenelar, the dreadnaught resembles an aquatic predator native to the homeworld of this lost species, with a narrow, angular hull, a long ventral fin resembling the ocean monster's cluster of lethal stinging tentacles, and a cross-shaped, finned aft section housing the main engines. The ship’s armament is concentrated amidships and on the ventral wing. Originally, the ship mounted five heavy dual turbolaser batteries, a small number of point-defence heavy lasers, and two super-heavy missile launchers for nuclear ordnance.

None of these original ships have survived to the present day. However, the resurgence of Mandalorian culture has led enterprising shipyards to research and develop an updated model of this venerable design in the hope of capitalising on the growing market. These new ships boast multiple modern turbolaser mounts amidships and numerous torpedo launchers in the bow and ventral fin structure. A weakness of this design is the forward superstructure effectively blocking the frontal firing arc of the turbolaser turrets. This was not an issue during the Mandalorian Wars, where fleets of ships maneuvered to engage broadside, but can be a distinct disadvantage against modern ships that are configured to engage effectively in any direction. The current design intentionally overlooks this drawback, however, in favour of maintaining a historically accurate hull shape and gunnery positions.

This dreadnaught can house an impressive fighter wing, which launches and recovers via large midship docking bays. Smart fleet commanders will ensure that the Kandosii is well-provided with defensive starfighters, as the design lacks any dedicated anti-snubfighter weapons. In and of itself, this is not a major disadvantage, as the dreadnaught is meant to be deployed as the centerpiece of a light task force, screened by escorts and defensive squadrons. However, an astute ship’s captain will be wary of being caught by more modern ships with their own large starfighter wings. In this situation, it may be advisable to withdraw using the Kandosii’s powerful sublight and hyperdrive engines. 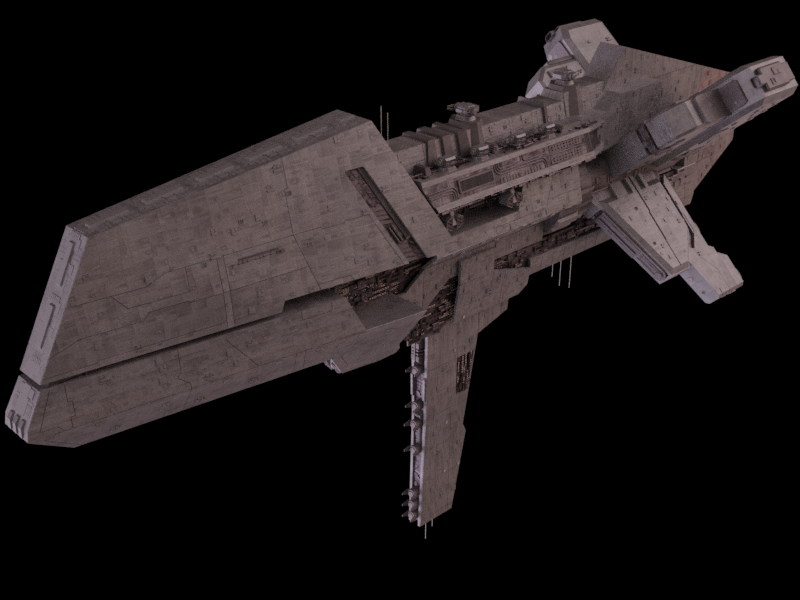