Inspired by the sea life of various planets, an entrepreneur and an architect collaborated on plans to build a decadent luxury liner that departed from the conventional style of ocean and space based cruise ships. Their vision was to design a craft for beings of various classes to tour some of the more beautiful places across the galaxy, including the Auroras of Yorn Skot. These shimmering auroras heavily influenced the naming of the resulting manta ray shaped vessel as the Aurorient Express class liners. A further distinction was its modest passenger complement compared to larger liners, providing a more personalized experience than those mass-marketed cruises.

These luxury liners provided comfortable lodging for guests while cruising leisurely above almost any kind of planetary surface, whether it was the gas giant of Bespin or the resort world of Spira. The vessel was known to make stops at scenic locations and shopping hubs along its flight path. Most of the passenger cabins were located in the front section of the craft with large transparisteel observation windows in order to allow for maximum enjoyment of the scenic views. The craft was also designed around a luxurious observation deck, where passengers could take in the scenery while all of their needs were being catered to by the staff. In front of the tail section were two main engines designed specifically for low speed cruising and very quiet operation to avoid disturbing the guests. The crew quarters and bridge were located in the rear of the vessel, which also housed the drive systems and other necessary equipment. These rooms were sparse and cramped in stark contrast to the opulence of the passenger areas, with more space devoted to the sizable cargo bays where luxury provisions and passenger souvenirs were stored during the lengthy voyages.

The Aurorient Express came into service during the last few years of the Galactic Republic. Being a popular model with travelers and the upper class, it saw heavy use for a number of years. However, lack of defensive weaponry attracted periodic attacks by pirates and bandits, which provided the opportunity for competitors to orchestrate campaigns of bad-publicity over various galactic news outlets. In modern times, some of these ships have found their way into private collections on picturesque worlds as outward displays of wealth, including some Hutts and retired venture capitalists. 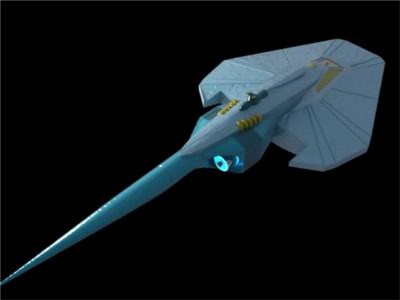