During the twilight years of the Galactic Republic, utility droids were upgraded from simple in-flight mechanics to the now ubiquitous astromechs. Demand soon skyrocketed, encouraging experimentation by many different companies as they competed for a larger share of the market. One of these, the D3-S5, was designed by the now long-defunct Industria Aurorialis to compete with the popular T7 series models.

Industria found many ways to improve upon the T7, the most obvious being the significantly reduced weight and cost. The T7's blockier head was replaced by a swivelling, round dome, very similar to the R-series droids manufactured millennia later. The dome boasted an inverted triangular display screen which allowed the droid to communicate with sentients using text in many different languages. One of the risks taken by the D-series' developers was the decision not to equip the D3 with any weapons, which was counteracted with increased hull plating and deflectors. The designers also chose not to include mechanical repair appendages so it could not solder, cut, or work on a ship's components, but the D3-S5 represented a leap forward in the ability of an astromech to interface with a ship's computer systems and augment the ship's capabilities.

The D3-S5 was the most successful model in the D-series line, which is the reason examples of the model can still be seen in use long after its manufacturer's collapse. For those who desire a modern, flexible droid that can quickly adapt and communicate between different ships' computers, an R-series may be more appropriate. However, the DS-35 has found a niche among collectors looking to augment their classic ships with contemporary droids. 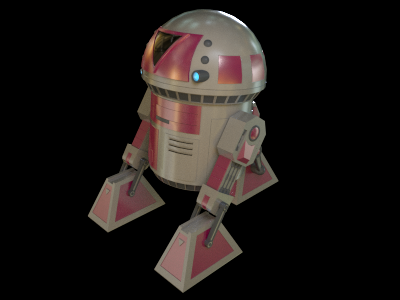