Throughout time, this lightweight armour has evolved from just rags into a solid piece of protection. In ancient times hunters and warriors crafted such outfits out of necessity, and lack of technology, by layering the hides of various creatures they slew and sewing them together. Every culture has its origins in the making of hide armour, each with a singular purpose: to protect against savage attacks while on the hunt or during times of war.

Not only was the armour used functionally but also ceremonially and socially. These examples tended toward decorative additions to the armour with a marked increase in the quality of craftsmanship, reflecting the pride and effort of its creator. This resulted in the armour becoming a symbol of status within a culture.

Despite the fact that hide armour has long been outclassed by synthetic construction and much stronger types of armour, it still sees widespread use in the more primitive areas of the galaxy and among societies and families that maintain long traditions of armour crafting. 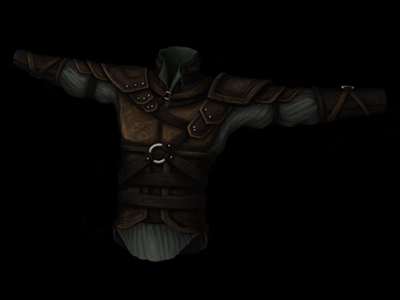