Imperious and lordly, a Sith temple demands respect and strikes fear into the hearts of any sentient. These imposing edifices serve as places of worship, meditation, and training for devotees to the dark side of the Force.

The architecture of Sith temples varies from one location to the next, but they are always designed as monuments to the raw primordial strength to which the Sith dedicate themselves. Dark side power emanating from the temples alters the surrounding landscape so severely that, over time, the structure itself becomes indistinguishable from its corrupted environment.

The features of Sith temples are closely guarded secrets, though many rumors do exist. Fallen Sith Lords speak of cavernous training areas filled with intricate traps, and winding passageways concealing secret chambers thought to hold ancient Sith holocrons and documents. One room common to nearly all rumors is the large, circular ceremonial chamber where only the most capable apprentices enter and emerge alive. It is presumed that the remainder of each structure is given over to private chambers, meditation rooms, and dungeons, but accurate accounts are sparse, so it is impossible to tell what dark mysteries these temples hide. 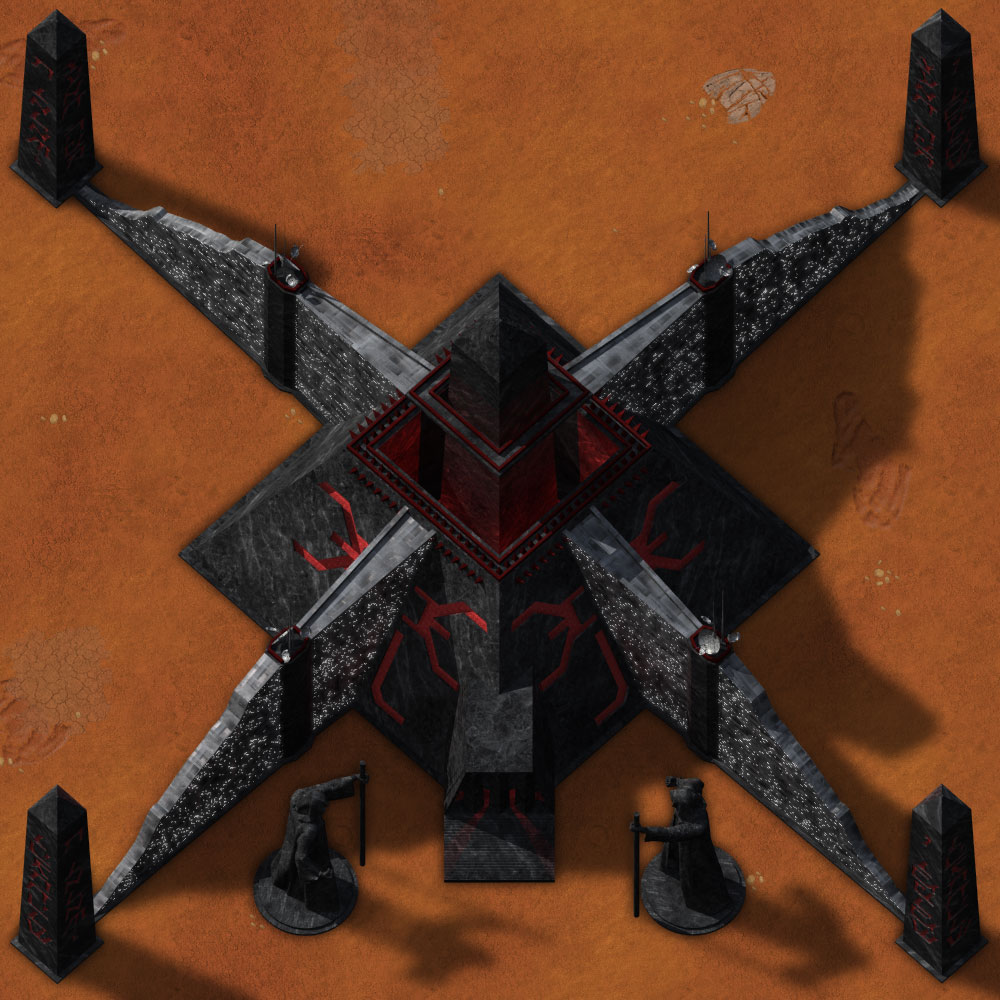