The ancient and mysterious (some would say terrifying) Brass Soldiers of Axum are a collection of 35,000 metal statues, placed around a stepped pyramid that archaeologists believe to be the tomb of the earliest Axumite rulers. While notable for their numbers and age, the statues are also renowned for their precise detailing. The soldiers are outfitted with intricate suits of armor, and no two soldiers are alike. Each statue varies in height, build, as well as clothing detail. The Brass Soldiers are unarmed, yet their hands appear as if they once wielded weapons. To explain this, historians point to records of a mass peasant uprising against an Axumite king approximately 25,000 years ago. They surmise that the Brass Soldiers were raided for their weaponry to arm the revolt; work is currently underway to recover as many of these weapons as possible from Axumite families and private collections to use them as models for modern reproductions and restore the historical army.

From a distance, the untarnished brass army is awash in a dazzling rainbow of colors from the sun's rays; however, with closer inspection this sense of wonder turns to grief, fear, and despair. Every statue wears a unique expression of either abject terror or immense suffering. It is not uncommon for visitors to feel sick if they gaze on the soldiers' eyes. Although it is the most famous aspect of the Brass Soldiers, no historical record provides an explanation for this curious and unsettling characteristic. Consequently, some sentients hold to the myth that the Brass Soldiers were actually once living men, cursed into their current, metallic form by dark magic. If this unlikely explanation is true, the creation of the Brass Soldiers of Axum could represent the earliest-known occurrence of an ancient practice that would become Sith alchemy.

This superstition might also explain why the pyramid has not been the object of a well-organized archaeological excavation. Publicly, the pyramid itself has remained unexplored out of respect for the Axumite people who consider the construct a sacred historical treasure. A more likely explanation is that the only known entrance to the tomb has been sealed by the dark side of the Force, and only a true master of Sith sorcery can open it, though none has stepped forward to attempt it. Different techniques have reportedly been tried on the mysterious door, by both conventional and mystical means, without success. Still, attempts to investigate the Brass Soldiers, and the surrounding area, are carried out by tomb-diggers, amateur archaeologists, and Force users, all hoping to discover an overlooked clue.

All this parallel and disjoint activity has led to some wild rumors and theories. According to the most popular ones: a complex series of booby traps is protecting the inner chambers of the pyramid, the statues were created by hand by some ancient race that is now extinct, and the soldiers are actually automata waiting to be activated by their masters. Despite all the efforts, the mystery of the pyramid and the army of brass soldiers is still veiled deep inside the darkest and hidden meanders of this gloomy area. 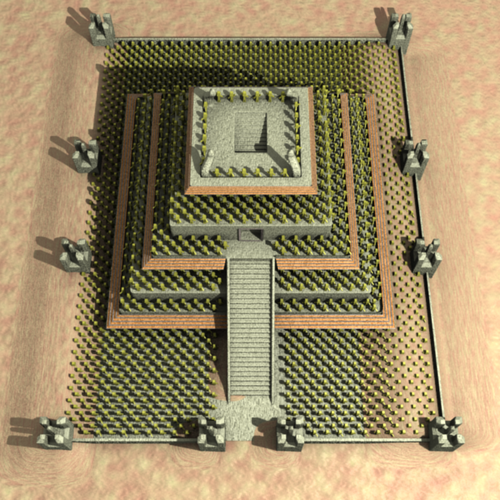