The Razalon FC-20 is an unusual speeder bike design that traces its roots back to the Great Galactic War and was produced by the Razalon corporation. It is primarily recognized and draws attention due to its unique curved body design instead of the front forks standard on most modern speeders.

The FC-20's curved body allows for a lower seating position that improves cornering and boasts a powerful rear thruster that has been optimised for rapid acceleration and deceleration. This allows the speeder to achieve its top speed within seconds and, as a result, the FC-20 outperforms many modern designs during short distance sprints. In an effort to maximise the benefits of the design, an innovative auto-braking feature was also installed which safely brings the speeder to a stop if the controls are released. The FC-20 features an improved exhaust baffling system to reduce the noise generated by the modified thruster, rendering it almost silent. Unfortunately, due to the limited space of the frame, the designers opted to install only a modest cargo unit on the design instead of any sensors in an effort to reduce the overall weight and prevent any loss of speed.

Originally marketed to the military and law enforcement sector, the FC-20's limited range and lack of sensors prevented widespread adoption of the design. The design's acceleration, cornering, and minimal sound generation ensured a demand for the speeder among both quick response and short-range patrol units. As moderns designs offering greater range and top speed appeared, Razalon retired the production line, though it has remained popular and a fairly common sight in the hands of backwater militias, security services, and the racing circuit. In recent years, the FC-20 has seen a resurgence in popularity with courier services and assassins due to the maneuverability, acceleration, and silence of the design. This has led to an increased number of the speeders re-appearing throughout the galaxy as Razalon still provides aftermarket parts, ensuring the existing models remain functional and familiar. 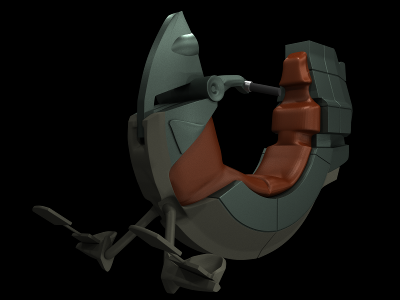 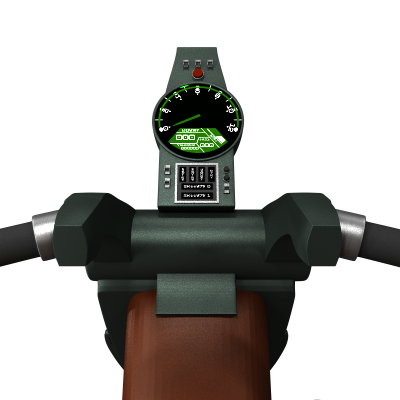