The Corellian Star Shuttle, designed by expert Corellian technicians, was initially commissioned as a high-end, luxury transport vessel. It was most often used to transport ambassadors and other political seat holders throughout Corellian cities, though its use did spread considerably beyond its home planet. This vessel did not maintain any offensive capability due to its domestic nature, but boasted decent shields to ensure the safety of its passengers. It was also designed to provide a vehicle hangar for the convenience of disembarking gentry. The shuttle could be manned by one pilot and two co-pilots at bare minimum, but generally the ship would have two to four engineers on board as well as bartenders and hostesses. The combination of these standard capabilities have made it incredibly reliable, yet less modular than many Corellian designs due to the thick armour plating added to protect officials and other important persons from attempted assassinations.

The thick armour and powerful deflector shields make this ship able to survive long enough to escape, or to hold out until reinforcements arrive if forced into small-scale confrontations. For this reason, security companies often use the Corellian Star Shuttle as a prison transport for high-profile prisoners. The Corellian Star Shuttle has seen extensive use since its inception and is even exported from the Corellian system for sales in other parts of the galaxy. 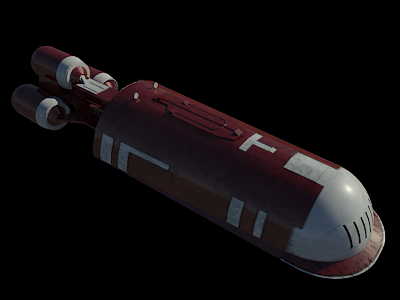