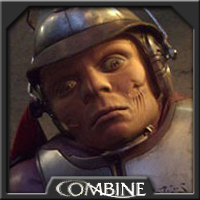 Clawdites, normal-sized humanoids who can change their appearance at will, are a genetic offshoot of the humanoid natives of Zolan, a planet found somewhere in the Mid Rim. Their development came about by accident, when scientists sought to trigger long-dormant skin-changing genes among the Zolanders to protect them from solar radiation. This event, which occurred centuries ago, triggered the divergence of the Clawdite species from the Zolander evolutionary line. Some rumours indicate that radioactive bombardment from outer space was the reason for the change in the Zolanders, rather than a failed experiment, resulting in the creation of this new race.

The native language of this species is known as Clawdite, consisting mainly of hissing sibilants and stressed, guttural croaks. They are a religious race, unlike their cousin species Zolander.

Clawdites are able to change the colour, texture, and shape of their skins, allowing a Clawdite to mimic the appearance of other humanoid species of the same general physical shape. This does not allow Clawdites to generate extra limbs or other appendages, but they are able to imitate the texture and patterns of skin-tight clothing. Shape shifting is a special skill that some Clawdites have developed to a greater degree, allowing them to change the length, colour, shape, and texture of their hair, as well as the coloration of their eyes. This fine control can even be used to alter specific portions of their body. It takes a good deal of patience and practice for the Clawdites to perform this change. Furthermore, it is an extremely uncomfortable process during which they must endure great pain to shift and maintain a shape other than their natural form. Expert shifters employ special therapeutic oils and meditative techniques to aid their transformations. Depending on the skill of the individual Clawdite, they might simply change their facial appearance or alter their entire body shape. The ability to alter their shape allows the Clawdites to blend in to enemy camps, where they could gather intelligence or commit crimes.

When they are at "rest," a Clawdite is indistinguishable from a regular Zolander. Known Clawdites, however, have long been ostracized from Zolander society, deemed sinful and impure, and forced to live in secured ghettos. This prejudice led to many conflicts between the two races, including several periods of civil war.