The electrostaff is a relatively young weapon in the galaxy, with its origins dating to the Clone Wars. The electrostaff was developed by Baktoid Armor Workshop in response to the Separatist need for weapons capable of combating Jedi lightsabers. Clone Wars-era electrostaffs were made primarily of the lightsaber-resistant phrik alloy and were wielded by droids specifically programmed to fight Jedi; however, the rarity of the material ensured only limited production numbers for early examples. The electrostaff’s heart was a power cell located in the center of the shaft. Focusing rods running down the shaft’s length fed electric current into power cycling coils at either end. When activated, an electromagnetic field is generated that energizes the cycling coils, creating a visible field of yellow or purple energy capable of delivering devastating electric shocks to an opponent. The power setting of the electrostaff was capable of being adjusted from a light, disorienting jolt to a lethal charge.

While extremely effective against droids, electrostaffs are less useful against organic opponents; the weapon is only immediately lethal when striking the head, neck, or other vital areas. For this reason, the electrostaff is used in modern times as an improvised torture device or for crowd control by riot troopers and detention center guards. Its most effective use, however, is against droids. While the electrostaff is incapable of ionizing energy, the sheer power of its electric output is enough to damage circuitry, droid power cells, and fuses to the point of burning out or combusting them on maximum power; for this reason, more moderate discharges are recommended for the purpose of capturing droids. Thanks to the weapon’s destructive capability in this way, it has become popular among hunters and scavengers who wish to disable and reprogram droids rather than destroy them outright. 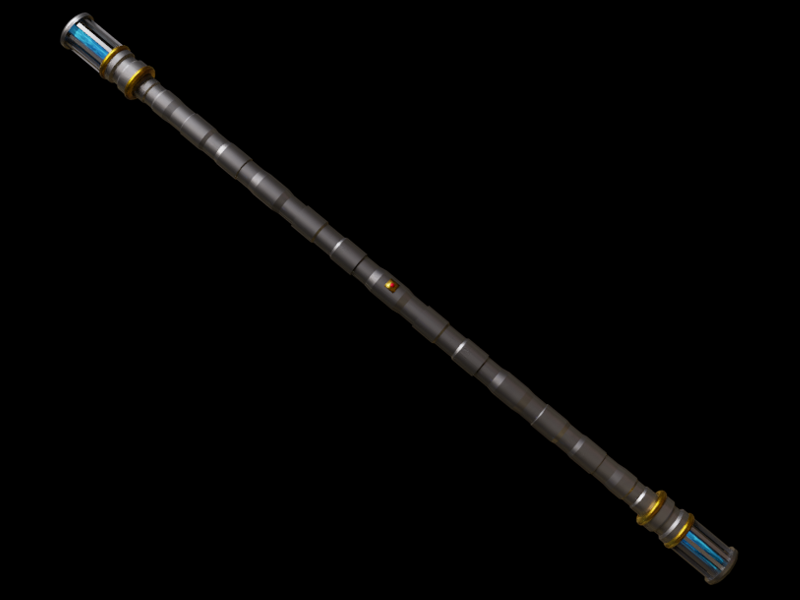