Vibroblades are the galaxy's main cutting weapon of choice. Though they come in many different shapes and sizes, ranging from knives to longer swords, vibroblades are all equipped with a compact ultrasonic generator in the hilt. This causes the blade to vibrate at enormous speeds, thus giving the weapon its name. Because of this ultrasonic vibration, even a glancing blow from one of these weapons could become a life-threatening injury.

As it is quieter than a blaster, the vibroblade is popular among assassins, but it can also be easily carried as a secondary weapon for close-range fighting. In the past these weapons were often minted containing a weave of the rare material cortosis, which allowed blade to parry even lightsaber strikes, a property that made the vibroblade a weapon of choice among Sith assassins. However, this practice has been out of favour with commercial forges for some time, as various galactic conflicts have seen a decline in the numbers of Force users. 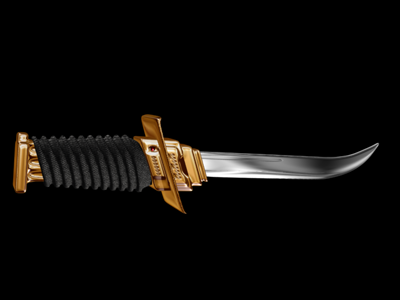