As with all Hapan ships the Atlas Troop Transport is a work of art. Created within five years of the rise of the Galactic Empire, the Atlas Transport was part of Hapes answer to the powerful Imperial Star Destroyer. Instead of a direct confrontation boarding parties could enter enemy capital ships and commandeer them or at least destroy the power relays to weapons and shield generators, effectively crippling the more massive vessels. For defense it was fitted with fixed lasers mounted on the wings for forward firing and a rotating Ion cannon is fixed to the top of the cockpit.

The Atlas can carry two full assault groups of Hapan Commandos and their gear in the drop room at the rear of the shuttle. This can be accessed by two retractable doors on the sides of the shuttle and by a loading door at the rear between the engines. Equally equipped for atmospheric flight due to the addition of stabilizing aileron the shuttle is designed so that jet troopers can be ejected from the shuttle as soon as it is low in the atmosphere to create a surprise attack and draw attention away from other landing craft. 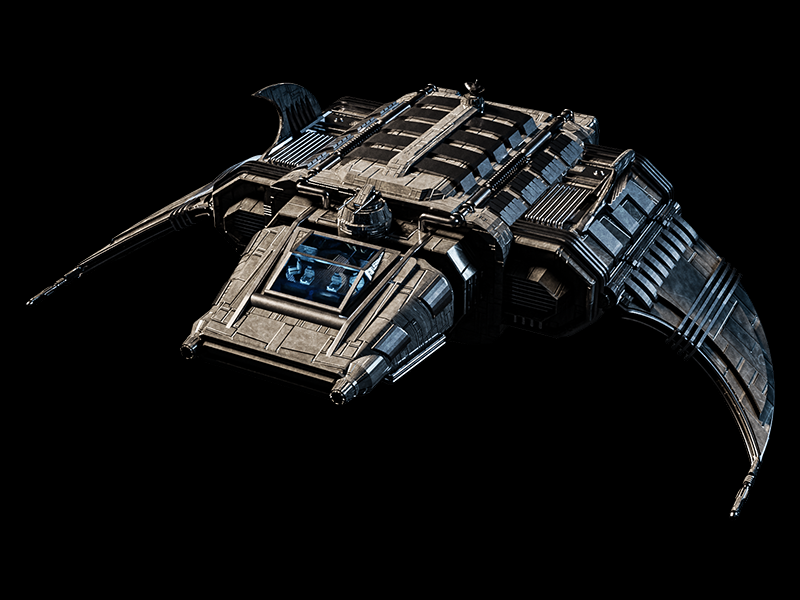