The Simiyiar Light Freighter was created by the Mon Calamari. As a race native to a watery planet, they are renowned both as shipwrights and for their often graceful, flowing starship designs. As the Mon Calamari have observed in their vast oceans, the creatures that dwell therein may appear beautiful and simple but overall they also serve a useful purpose. The same principle followed with the Simiyiar, which maintained flowing form and was commissioned for official use as a science and exploration vessel.

The Simiyiar boasted better than average hyper and sub-light drives, allowing it to cover ground quickly and capitalize on rare or sudden scientific phenomena that presented themselves. Built for the rigors of space travel and the dangers of exploration, the Simiyiar also featured a durable hull, strong shields and two Heavy Lasers and an Ion Cannon for protection from would be attackers. The cargo capacity of the Simiyiar was generous, leaving plenty of room for modular science packages, equipment, supplies and samples; a mobile research laboratory customizable to the needs of the crew and the mission. An escape pod was also included in the design to provide a means of escape during emergency situations.

Personnel space was limited, as could be expected with most exploration starships, but it could still comfortably fit a team of eight. The team would often spend months at a time traveling before returning with their findings. The upgraded sensor suite allowed the team to take detailed scans at greater ranges and penetrate some sensor barriers for better scans. A hangar bay aboard the ship provided the capability to bring one or more vehicles for planetary exploration missions.

Eventually the Simiyiar Light Freighters were phased out of official use and replaced with newer models. Those in active service were decommissioned, and along with the remaining stocks, were all auctioned off to the civilian market. Naturally, some made their way into the hands of private shipping companies, explorers, scientists, traders and smugglers who found the Simiyiar easy to retro-fit with little modification by stripping out the modular scientific instrumentation and converting the space to a sizable cargo hold. 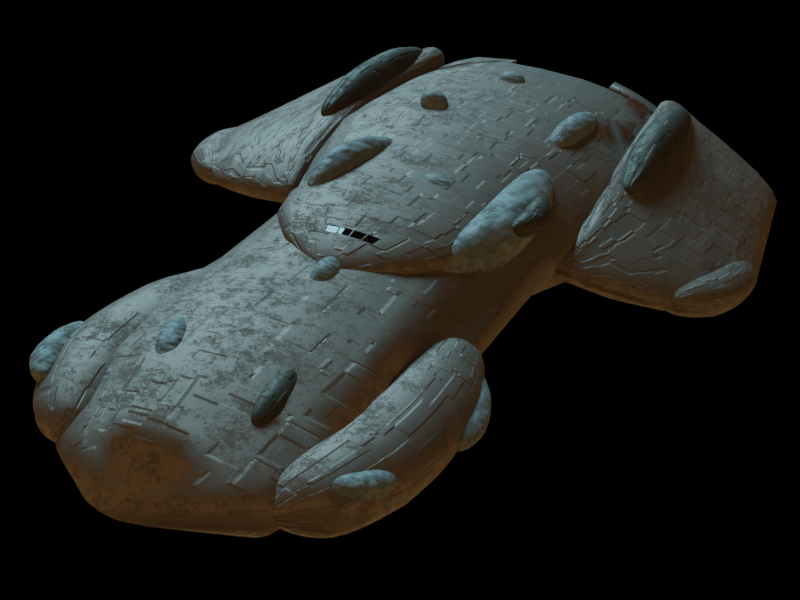