The Minimech CE is one of the earliest precursors to the modern MSE series of utility droids. Production of the Minimech series began during the era of the Galactic Republic by a small company called CybyrWare who fell into obscurity soon after developing the droid. It was first created as a novelty cleaning and maintenance droid and was presented to the company's executives and leaders as a gift for their years of service. The droid's unique combination of skills and small size, however, caught the attention of starship pilots who wanted the droid to maintain their ships while not taking up too much room on deck. With this initial spike in interest, billions of droids were put into production in anticipation of the rush of orders. As the first few thousand were shipped out, however, problems started to become apparent with the droid's design.

The Minimech CE, the model produced for mass marketing, mainly featured a rotary brush, vacuum, and miniaturized incinerator to aid in cleaning floors and decks. The droid also featured a simplified SCOMP link to interface with ship's systems and diagnose potential issues with the ship's computer. These features were the main draw of the droid. However, the decline of the droid's popularity was due to several other odd design features. For instance, the Minimech CE maneuvered on ski-sleds and a multidirectional trackball which meant that the droid had almost no traction on slippery floors or any inclined surface. Additionally, the droid was constantly underfoot as it relied on an internal map to navigate instead of photoreceptors or ultrasonic sensors like other droids. This, combined with its abysmally weak duraplast shell, led to a great many droids getting stepped on and broken.

After realizing their mistakes, CybyrWare rushed to produce an updated version with improved features, but by that point, the damage to their reputation had been done. Immediately after the issues with the Minimech became apparent, other droid companies began producing vastly superior models of mouse droid at cheaper prices, putting the final nail in the coffin of CybyrWare. The Minimech CE still exists in great numbers and is often seen now onboard the ships of inexperienced spacers who can't afford better models, and is still occasionally given as a joke gift among company CEOs. 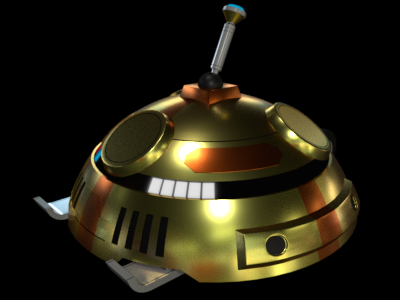